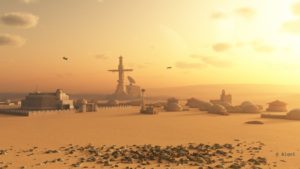 If I remember correctly, it was a physics experiment to demonstrate evaporation. The experimenter placed same-sized balls in a round pan until they covered the bottom. Then, he applied mechanical energy to the pan in the form of vibration. The higher the vibration, the more agitated the balls became. They bounced off one another with increasing energy until, finally, one acquired so much transferred energy that it shot into the air.

Increased energy in a limited space, and then pop!

This experiment came to mind one day when I was considering how difficult it had become for communities to stay together and what it might mean.

I grew up in a small town on the coast of South Carolina. Even then, the town was changing. Tourism was expanding, and we saw an influx from the colder climates in the Northeast and Midwest. The town lost most of its former identity. I was conscious of this loss and restless. There was no reason to stay, so locals like me fled.

During the summer I turned twenty-seven, I made a move across the country to California. The travel was fascinating but hot—and monotonous except for the cities, which teemed with energy. Since I was on the road ten hours a day, most of the people I witnessed were in cars. We zipped past one another as if those bubbles were our lives.

Once I arrived in the town outside San Francisco, I found a dry, barren landscape spread thick with shiny square structures. The sky was big and cloudless. Weather updates announced wildfire, and nearly every green stunted tree, though lovely, had been planted.

The landscape felt alien. I was so used to vegetation running all over everything.

But I was the alien in this territory. I was an alien among aliens. Not a soul I encountered had originated there. Here in Atlanta, I see the same: Most people come from somewhere else and have a limited sense of belonging to the place. Like those in that California town, they keep quietly to themselves and live out their lives with their families in private, while they can, before time to move on.

But what are we all pushing for? All this frenetic movement for work opportunities, affordability, better climate, better laws, and sometimes just to start anew—each new place feels better, but our communities are often ramshackle, and the ties to them are loose.

Americans are an agitated people. Lonely scavengers, we travel the byways, gobbling as we go. We scramble each time restlessness seizes hold and the maw demands we fill it. We try, but we really don’t have a clue how to feed this need. Our heads whip left and right, forward and back, all around, breathless—which way do we go? Where will our energy find fulfillment? Or meaning?

We are the descendants of adventurers and risk takers.

When are we going to look up? With true intent and on a large scale. Experts have cited a thousand reasons why we should leave Earth—all the eggs are in one basket, they say. 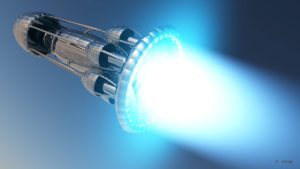 But ‘shoulds’ do not inspire passion. People must choose on their own to ride the release of this energy, this imminent overflow reflected in the crowds. The technology will come when people demand it. But, choosing inaction, I fear, may lead to the sort of antsiness that spawns war.

I say, when are we going to pop? So that our builders, teachers, and poets can know again in that piqued frontiersman way how every effort is dire meaningful and how in every choice lies the salvation of man.