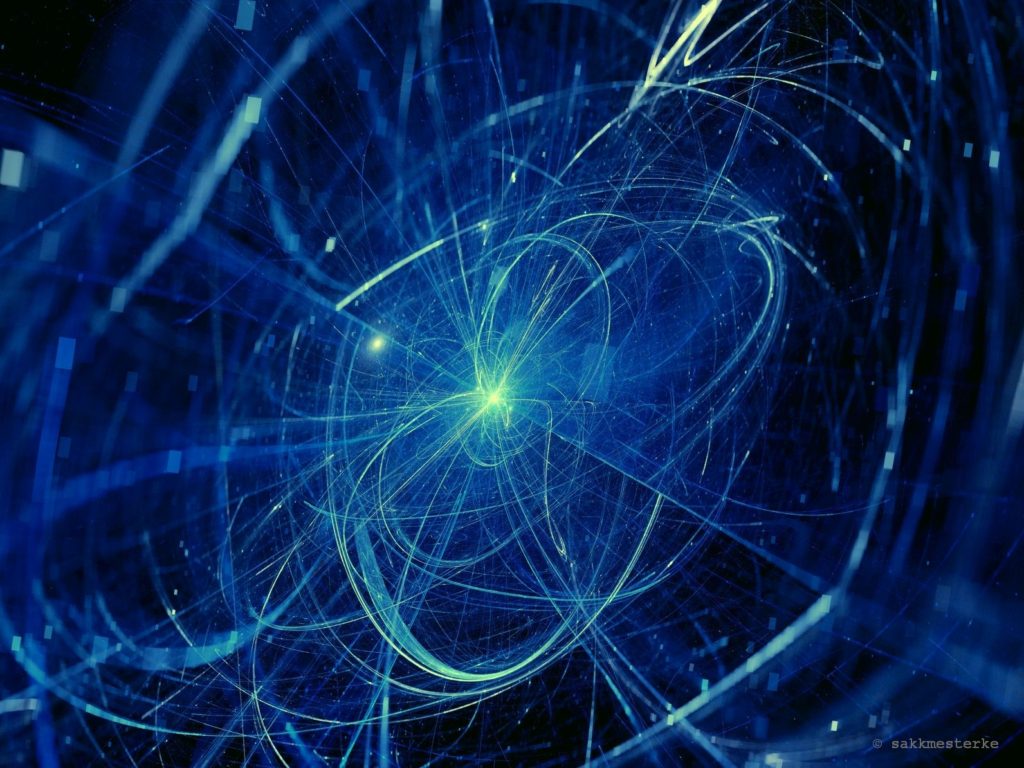 Here I’ve been, curled up on the couch, spying on the lawn, admiring the bushes and trees. What you might expect. Yes, it’s the same yard where the robin incident occurred, though you’ve probably forgotten.

“Waning day, gray sky, and spanning the dark trees, a rainbow, as the yard fills with fifty robins, all pecking in the shadows.” Tweeted 7-24-2015

But this is midday, and the sun is swamping a carpet of dry leaves.

I’ve been concerned lately about the passage of time.

Have you ever thought about how time passes in a novel as compared to that of your own life? Or all life?

I enjoy expressions of movement–in sculpture, paintings, and writing. Don’t you? Because when you think about it, there’s absolutely no stillness. Stillness is an illusion. Where there’s matter, there is motion, and when there’s motion, there’s time. What we perceive as substance is the result of energized forces in motion at different velocities, and these matter-generating forces generate even larger-scale forces that bump up against one another. This hand, my hand, does not go through the cushion or the window’s glass for a reason. 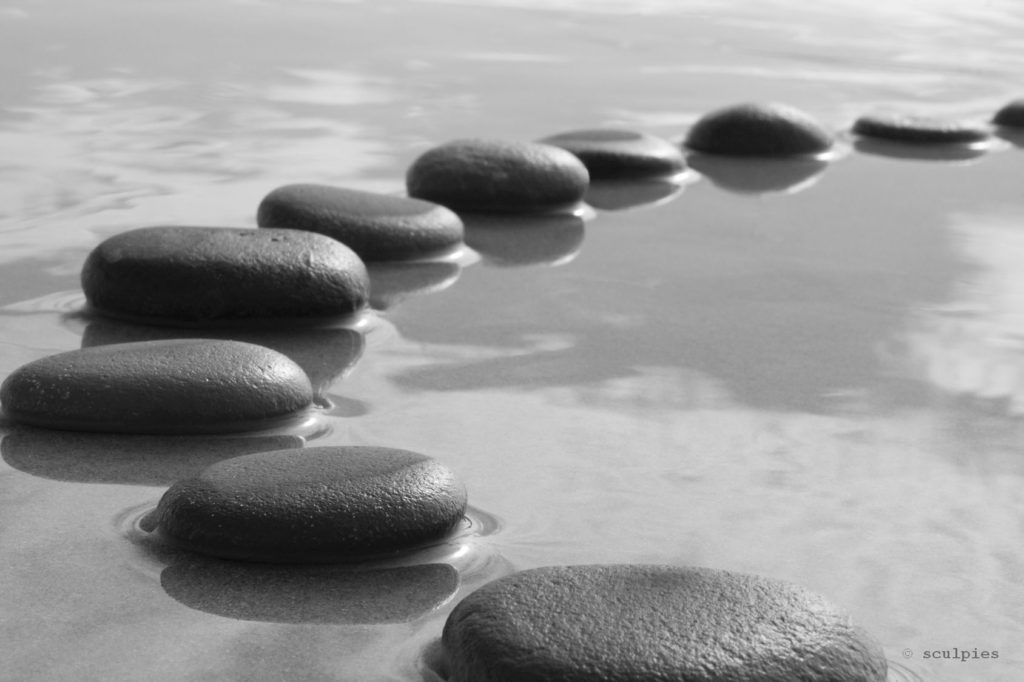 Enjoying a work of fiction takes time. A story begins, lives, and ends. Time in a story moves similar to real time, but not in the same direction. Their vectors differ slightly. Imagine a shallow stream and the water that flows through it. Imagine stepping-stones in the stream that allow someone to cross, but only at an angle so that the end stone lies only a little farther downstream. The water is real time. Stepping over the stepping-stones is story time. The story has a beginning up stream and an end downstream, but the stream never ends.

Would you just look at that calico across the street? She is walking with purpose.

Oh, but of course, as soon as I say it, she plops down in the middle of the road, hoists a leg, and grooms her toes. Yes, you, calico. I saw that!

Mary B. Tate, the main character of my novel, has oodles of time, but she puts all her focus into the end game: what her ultimate wants are, who she wants to be. If she accomplishes her aims, will she take stock and be done? Can she be still?

Nothing still can be. 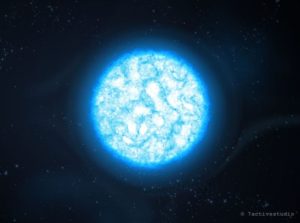 I don’t know if you’ve heard, but physicists have explained that the largest stars, though gorgeous, exist for only short spans of time–far too short for life to develop on their worlds. But time grows heavy, so to speak, where mass is great. Wouldn’t time move slower near a blue giant? Add a large rocky planet, and time might slow further.

When I think about it, though, doesn’t that mean packing in less time over time? Life needs more time. But could the relative time on such a planet in such a system be similar to ours with our yellow sun, enough for life to develop there as life did here?

No? Got it backwards? Well, hell. Then it’ll need life from elsewhere to take root, if life can. (As may have happened here, over time. Or time and again. So the theories go.)

Yes, yes, that’s cheating. You don’t have to get in a snit about it.

And to add to this congestion, now is when I have to prepare for the upcoming tax season. I know! If you remember, that’s what I do to keep this boat afloat and have a little freedom to craft a tale or two. Before the season begins, I take courses to increase my skills. In fact, my writerly isolation is already at an end. Starting in January, I work full time preparing taxes until mid-April, experiencing an infusion of merry souls, learning how they’ve been doing as I try to put their minds at ease. (That’s the goal, anyway.) But all this, I must say, requires quite an investment of time.

Our sun, that resplendent orb, bursts forth in the east, peaks in the blue heavens, and there exactly, it begins to flop in a slow and inexorable arc toward the western rim–which gobbles it whole again.

I’ve been contemplating a proper allocation of time.

Time goes by more slowly on earth than it does in the relative vacuum of space. Though speeding, satellites have to correct for this discrepancy. 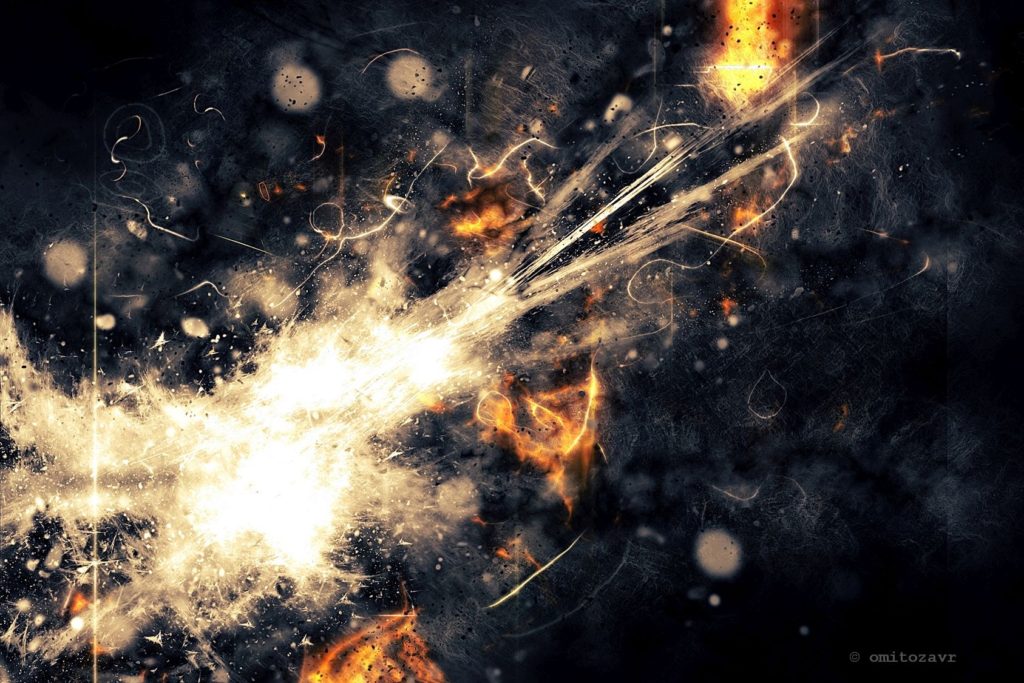 Theoretical physicists had to develop a truly minuscule increment of time (‘Planck time’) to describe events during the first moments after the Big Bang. Why? I’ve been wondering. To play with it some and set my head straight, let’s begin with a common-knowledge premise that at the time of the Big Bang all of the universe’s mass existed in a singular point. At that point of near infinite mass, wouldn’t time flow near infinitely slow, almost to the extent that nothing moves and the universe does not exist? Bang! And as soon as the mass decentralizes, it has moved, and when it moves, time is born. But these energized particles winking in and out of existence (time?) are moving at extremely high velocities. High speeds slow time. So these particles should be slowing time just as it gets good and going, correct? Do the particles ever move so fast and their time so slow that they somehow stall out of existence?

A gazillion years in the here and now might be no more than a single unit of Planck time in the earliest moments of the universe. I see why those physicists need tiny increments when the dilation is so huge. Which is why I’m confused here…. When physicists talk of time, are they talking fat time or skinny time, early time or late time, ours or somebody else’s?

And, if, as red shifts support, the universe is expanding at an ever accelerating rate, is it rushing headlong to its end? Or is the universe caught in a paradox where the years stretch, split, multiply, and never reach an end? If we’re talking about a near infinite amount of time, don’t we need extraordinarily large increments to work with it? I assume that when we situate ourselves where the year is, a year is a year is a year. But a lot can happen in a year. Isn’t that the point? Physicists say, if we exist at all in that far distant age (define ‘we,’ please), all the stars will be whizzing away from us–and each other–faster than the speed of light. Their incandescence will no longer reach us, and our skies will attain the blackest black….

Maybe we needn’t worry about the end. Is it silly to ask questions?

In time, these puerile efforts won’t amount to squat. Dust will reclaim me and the whole lot of you.

There was a Door to which I found no Key:
There was a Veil past which I could not see:
Some little Talk awhile of Me and Thee
There seem’d—and then no more of Thee and Me.
–Ruba’i XXXII, The Rubaiyat of Omar Khayyam, as translated by Edward Fitzgerald

Can’t imagine subjecting my husband to the burden of burying me in a big plastic box. Better that I be burnt to cinders and flung into a lake. Which, as monuments go, ought to last a long time.

Better request the ocean instead. Sucking that dry should take a good long while.

Or, if for some reason, money were not a concern, why not blast my body into space? Once I’m finished with it, naturally. It’ll need some shielding against cosmic radiation, but accomplish that, and I could float absurdly forever, couldn’t I, as the mother of the Secha almost did? Life imitating art. Or death, as the case may be. Something similar, but not the same.

Ah, but don’t worry, I’m doing great. Alive and kicking. And you? Hopefully, we’re all doing splendid. For now. At this time.

(You weren’t worried, were you?)

I’ve chewed my nails to nubs this day, sitting on the couch, contemplating time. A red leather couch: Like those stepping stones, I think, but not the same, not the same. Gets me from here to there in time. What with the carpet of dried up leaves outside and my softly panting collie. Her breath is hot and humid.

There! She’s spotted the wicked calico! I swear, it’s been pissing on all our bushes! 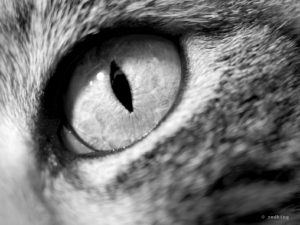