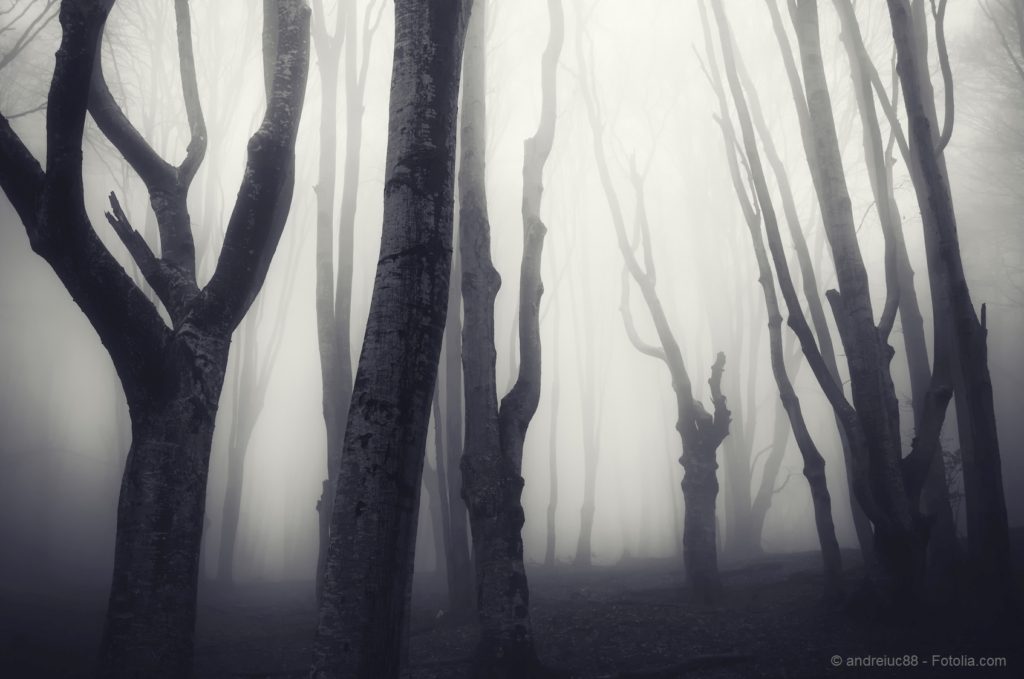 Almost twenty years ago, my aunt Daisy — an artist who sculpts with clay and other natural materials — gave me a book that has had a powerful effect on the way I perceive the world: Sex, Ecology, Spirituality: The Spirit of Evolution by Ken Wilber. I honestly don’t know what sort of impact this work has had on anyone else — except clearly it meant something to Daisy. She does not often give me books. I suppose you could say it was a gift out of the blue.

I should start by saying I’m not an expert here. The following are my personal impressions.

The heart of the book’s quite comprehensive theory of evolution comes from oriental philosophies depicting a duality in nature ascribed to masculine and feminine principles. The dynamic between these drives take on an infinite embedded pattern reminiscent of fractals: “turtles all the way up and all the way down.” The pattern permeates every aspect of reality, within the human sphere and outside of it.

In short, in the social sphere, the masculine principle is one of order and agency — but despotism, at its worst — while the feminine principle is communion and community, which flips into chaos, at its worst. Imagine a pole holding up a stretch of canvas to make a tent, the proper dynamic for providing shelter, for the pole would be foolish and useless without the connectivity of the otherwise shapeless canvas, just as the efforts of a leader become foolish and useless if people don’t rally behind her and act as a cohesive unit.

You might assume this places the so-called feminine principle in a weaker position, but that’s not so. Both are powerful, desirable, and dangerous in equal measure. Nature abhors imbalance in the same way it does a vacuum. Too much agency in any system will make it fragile, brittle, and stressed to the point of shattering; it gives rise to challengers and uprisings, which at best results in a messy lopsided structure. Or it might crumble under pressure, like chalk in a slow debilitative disintegration, until one by one, people simply walk away. A pole with no canvas is the same as a canvas with no pole. The last days of the Roman Empire or the Mayas.

You don’t have to use terms like masculine principle and feminine principle if you don’t want to. Order and chaos will do. But I think Eggars was using a gender metaphor to tell his story The Witch, and for this reason, I’ll continue with it.

So how do the dynamics of evolution theory relate to The Witch?

To my mind, this is where the horror of this truly lies, what made me sick with dismay. It’s not simply the compelling cinematography of The Witch that eats at you: For me, the sense danger of oppression and dissolution in the story resonated on a deeply personal level.

The story begins with a Puritan family that has been cast out of their New England town because of the father’s religious convictions. He has been condemned for “prideful conceit.” We are given the sense that his views are extreme, and yet according to him, all he seeks is the freedom to practice his religion as he sees fit. Right away we have a struggle between agency and communion: In the interest of self preservation, the community casts out someone of strong character who places his beliefs above those of the collective. This is what it looks like when the agency principle is on the rise, although the fact that a competing agent has arisen reflects a chink in the social structure and an opportunity for communion to seep in.

The father moves away, taking his extreme beliefs with him, and within this new smaller sphere, the agency principle as embodied by him overwhelms. And yet, he has established his homestead in the wilderness, where all that is loose and free in nature thrives — to his way of thinking, nature and natural impulses are enemies that must be subdued. The family’s lonesome community is too small and tight under the father’s rule. Eerily, the forest emits no sound — the family, their psyches oppressed and constrained by an unbending religious metaphor, hear only themselves at the edge of the woods. Ancient and unmercifully insidious, the forest watches and waits.

The family’s perceptions of the world are tightly wound around their extreme religious outlook. Some souls are damned from the outset, preaches the father, while some are not, and nothing can change this fact. Daughter Thomasin and her oldest brother, Caleb, look for signs as to whether their souls are already condemned.

Thomasin’s and Caleb’s natural impulses — which as adolescents they scarcely understand — have tainted their own interpretations of their morality. There is obvious sexual tension between the two, and even between Thomasin and her father. All characters carry on as if they are sane while, under the duress of isolation and mounting crises, their erratic behavior progressively deviates from the norm, chipping away at the social order. But this single-family society has been flawed from the start: It could never grow and remain intact, body and soul — there is no future for these children. They are ripe apples fallen from a tree, doomed to rot.

Spoiled, the fraternal twins, one male, one female, run about the farm ungoverned. What does their rebelliousness mean? This is the communion principle eroding the social structure. Communion searches for an idea to latch onto, a concept to wrap itself in, while simultaneously emerging as a new order. Though either principle may be small and vulnerable at any point, order and chaos never exist in isolation. Both have an effect on the other and, thus, power.

While the unruly behavior of the twins strikes one as a simpler brand of chaotic disruption, Thomasin, irritated by her inability to control them, draws on her imagination to gain power over them. Bit by bit, she tests her father’s views with direct opposition and thus reflects his brand of order even while she defies it. Thomasin’s conceptualizations of sin and witchcraft erode order differently from the twins’ rambunctiousness, but by hijacking her father’s unyielding beliefs, Thomasin triggers a powerful warping and degradation of his faith, and slowly, this powerful engine drives them all to ruin.

The scene is horrifying and depressing: A mysterious witch from the woods, a faceless hag, steals the baby right from under Thomasin’s nose while she plays a peek-a-boo game with him. We are permitted to see what happens to the baby: The nighttime scene suggests that the witch castrates him, chops him up, and then vigorously pummels his flesh in a butter churn until it becomes a frothy mess, which she then smears over her aged but strong feminine body. The baby boy’s death is a willful act of madness, a total disintegration. 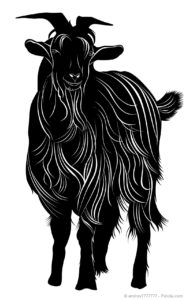 Black Phillip, the family’s bull goat, has been watching the family, as well. He is an oddly mindless beast, though aggressive enough to require fencing. Sometimes he charges the twins, sometimes the father. The twins claim he speaks to them. One day, when the twins’ rambunctiousness goes too far, Thomasin concocts a story of an old, ragged witch, says that the witch stole their baby brother, and threatens the twins with the same end. But soon her story morphs, and she states that she herself is the witch — a dangerous boast given their upbringing. Thomasin should have known better. Already living wholly in a metaphor, the twins believe her. They openly consult with Black Phillip about her, a behavior that begins to frighten Thomasin. It should. Eventually, the twins so completely buy into Thomasin’s witch story that they fall into unconscious convulsions as if possessed. Apparently, Thomasin’s story has had more power than she expected. She appears surprised. Up to now, the established order may have felt like a prison, but it has also been her protector, and as tight and brittle as it has become at the edge of the woods, under these terrible pressures, it cannot help but shatter.

One by one the family dies. All but Thomasin. In the end Thomasin sits alone in the family cabin. Black Phillip steps inside, and he is no longer a bull goat but Satan himself. Thomasin hears Satan speak. He offers her his book to sign. We do not see his face.

Perhaps the entire movie has been the story of how Thomasin becomes the witch in the woods — I see them juxtaposed, Thomasin and the hag, both ancient and youthful, innocent and depraved. What if time for Thomasin runs in an infinite loop, where she again and again makes herself into a witch, devolving into madness and evil?

But if Thomasin embracing life as a witch represents some dark aspect of the feminine principle, it is worth noting that it begins with a commitment, and that commitment in itself reflects order: Thomasin signs the black book proffered by the male Satan. When she revels in her madness, lifting into the air above the bonfire with the other faceless hags, I really doubt it matters to her that she has signed his book. What honor holds her to any allegiance? I am left with the impression that these witches are beyond internal or external controls, and as such they are terrifying.

As a further observation, I have noted that those who believe they are powerless often fail to hold themselves accountable for what they do. This might be fairly stated of all the characters in The Witch at one time or another, but especially of Thomasin. And like Thomasin, people who believe they are powerless might in the end be fully capable of undermining an established order — regardless of intent — out of sheer instinctive need. Without once taking responsibility for the result. It is as if they don’t expect their behavior to have consequences — and there are always consequences, large and small, and they can be horrific and painful for everyone. Calling communion ‘feminine’ is a convenient metaphor, one previous cultures would recognize — and they knew how to respect feminine power. But for a moment, if you will, remove the gender reference and try on the agency-communion lens. What do you see happening around you?

Since I was a child, I have had a deep-seated fear of disintegration — of mind, body, spirit, and social order. The Witch taps this fear masterfully, without gimmick. 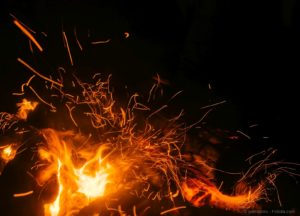 One Reply to “Agency and Communion as Revealed in The Witch”