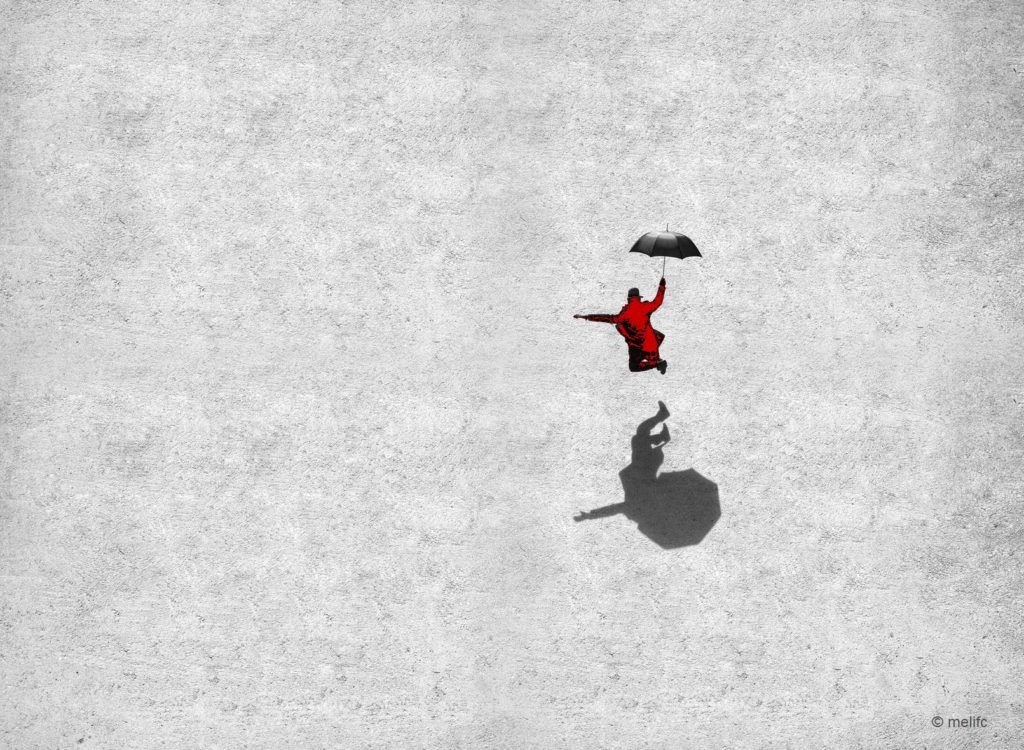 It will have to be a short one.

Tax season has ended. What I miss most but also found the most exhausting were the conversations. All those talks with my cherished co-workers, with oh-so-much idle time. We cared about one another, but we talked too much. Bored during the slow days. Overstimulated, burned-out during the busy ones. My clients fascinated me, so many beautiful faces, so many stories, quirks, they unfolded like petunias, like secrets, secret excitement, spousal diminishment, sadness, battling cancer (too many said they hoped to return next year, but feared they wouldn’t). I felt bad on those days I was too drained or too over-scheduled to dote on them. Even the assholes intrigued me, once I’d calmed down, stopped pacing in back. Beware the sociopath who calls you a sociopath.

Maybe I shouldn’t say that—what if I want to return to H&R Block? I might need to. But then again, maybe I won’t need to.

This is an incredible shift. You have no idea. Or do you? The leap of faith in one’s self.

First, years ago, in the first days, it was me asking an author friend of mine from the writing group: “Can I call myself a writer? I’m not sure. A writer writes. I’m writing, but not enough. Not yet. Too new….”

“But I think you can. Of course, you can. You’re a writer, Dawn. You are.” He smiled kindly.

Already an accomplished playwright and published novelist, he had me read his new novel to give feedback, quasi-formally, which was a very stimulating experience that I took seriously. I understand he’s revised it a bit since that time, which was years ago. Even then it was good. The Paraclete, scheduled to be published soon. I’ll share when it does. Promise. (His other novel, if you’re curious, is Homunculus. Jerry Stubblefield‘s the name.)

At the time, I was maybe a year or two out from having been a lawyer. What a topic! So many conversations, as I’ve said. 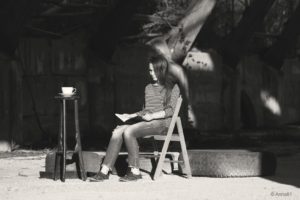 After the business my husband and I started failed, I worked in a restaurant, and wrote. Very slowly at first, very carefully. I wrote my first chapter to the novel while waiting for a car repair, in the shop’s lobby, surrounded by grease smells and the whiff of mildew from the yellow foam of ruptured seat cushions. The walls were windows, a narrow lobby, a row of chairs in hot sunshine. TV on, sound off. Two women sat next to me, side by side, hugging their winter coats, which, if memory serves, were made of a thick coarse material, like canvas lined with flannel. I remember red flannel. They were in their fifties, looking tired, one with faded blond hair pulled into a loose ponytail, weathered skin without makeup. They smiled. Just that second, I’d finished my first draft of the first chapter, written by hand in my journal, the only way I could find the courage to do it. One of the women spoke to me, and I set my journal down. It’d been a sudden streak of inspiration, out of the blue, after much agonizing, but I like talking to people, have always been curious about people’s lives. Even when I talk too much, I’m watching. You can learn a lot about a person by how he listens. So what does that say about me, to listen like that? To split the brain in that way, half of me entertains, half watches, memorizes how they crack a smile (usually what I’m going for), or how surprised they look, that subtle intake of breath when I say something they identify with yet never expected to hear said out loud. Oh, the reward in that! Keep it coming, I say. I need you, blessed stranger. I’ll give all you ask and more….

But in this instance, I had to shut up. Felt it. Something in the air, their faces, some state of grace, resplendent though weary. They were grateful, they said, for all they had. They had each other, they said.

Their house had burned down the night before. To the ground. What they had left were the coats in their arms.

I listened to all they cared to tell me, and more. I’ll never forget them. It may have been a month later before I began chapter two. It’s important to put even what you love aside, to set yourself aside when the world says, stop, now. Be still.

A trickle, but I’d done it. Chapter 1. So much fear. You’d be surprised how much courage it takes to create anything at all, to draw some kernel out of nothing, precious to us, drawn by our own sheer undiverting will. Of course, nothing arises completely from nothing (fun thought, though, taken literally). Well, that is, unless you’re an origins physicist, and then, you know, perhaps you talk a great deal about something arising out of nothing. But in the here and now, at this particular juncture (as opposed to the beginning of all time and everywhere), we have this milieu called culture. An active, reasonably longstanding culture that has evolved due to its many exposures to other potent longstanding cultures. Really, there’s almost too much to draw from. So how do you make yourself listen? 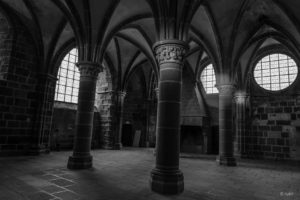 You have to go sit down. In a quiet corner of a sunny room. Preferably a corner with nothing in it, not even a chair. Sit on the floor. Everything else becomes tall, alien. Imagine: “Has anyone ever sat here, precisely here?” This was an obsession of mine when I was a nihilistic sixteen-year-old touring Europe, my first visit. (I’d read about “nihilism” in a book. Imagine that.) Forget the ornate edifices, the rococo vestibules. Without meaning to, I’d fixated on a round early-Gothic house of worship, a kirk–one they called oldest. Minimally furnished, squat, bare stone walls and floor. I imagined how the peasants coveted its space, for its simplicity and endurance, its plainness. Clean, open lines and curves. They would have filled it how they wanted. What if I veered from the tour group, the other students? What if I sat over there, where those thick walls part? Wonder if anyone ever sat exactly there–it would only take a second to become part of history. Will anyone notice I’m gone? Oh yeah? When?

The teacher who chaperoned us, in his thirties and in puppy love with the English tour guide, a red-head–he did not intervene, said I was on my own when at a Roman discotheque a schoolmate with her cronies threatened to “beat the crap out of me” (I threw off her grip, channeled calm, and this pretty well wigged the girl out). However, this teacher did once surreptitiously slip me one of his own poems, about a woman with green eyes. He’s dead now. I was very sad and angry when I heard a rumor of how he died. An English teacher, a rare good one, he taught me much that I still remember.

It took me a year and a half to save the money for that trip, taking care of children after school. Quite thin, I wore a baggy black cotton jacket meant for oversized women. It smelled like dye when the sun baked it. I read spy novels and science fiction in swing sets, and tried very hard not to tell inquisitive children how there is no God.

You know what I tell myself now? It’s time! It’s time to begin setting down the sequel to my novel. Hence the sentimentality. Also, the part where I quit the “day job.”

Here’s what I tell myself: it does not matter what the first novel said. It lives on its own. In its own sphere. The sequel is its own story. I’ll write its first draft thinking of Book 1 as a story out of frame, to be implied the way all backstories are: implied and referenced, but not relived. Important, that. Book 2 is her own person, and someday she’ll have to live out in the big, bad world all on her own.

And thus, to quote an old poem of mine, a trifling, a private myth (probably have it lingering around in all this detritus somewhere, but at the very least, in my head):

“No footstools in floating yellow kitchens.” 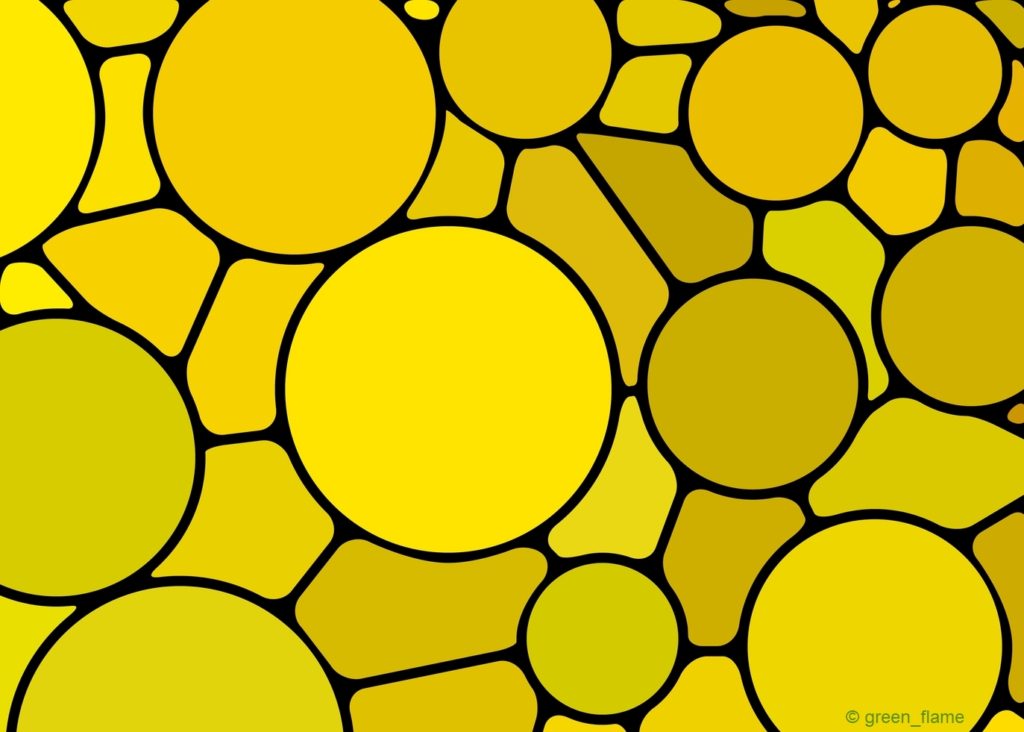