There are so many ways of identifying ourselves. Where we come from, where we grew up, whom we love, who loves us, education, work experience, various affiliations — all of them stories.

I’m not sure where my story begins.

I am a writer of fiction and poetry. I enjoy blending the supernatural with science and a touch of the macabre. We can thank an early fascination with Saki, Heinlein, and taxidermy for that. 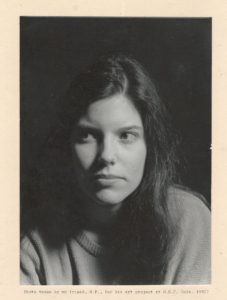 I wrote poetry initially, inspired by the works of Thomas, Elliot, and Rimbaud and was fortunate enough to receive the mentoring of the late U.S. poet laureate James Dickey towards the end of my undergraduate studies in English literature. I only began writing short stories in my twenties. Some I even liked. I flirted with the idea of developing a writing career, between adventures to France, Belgium, and California, and an unsuccessful dalliance with parapsychology. Professors at the University of South Carolina in Columbia encouraged me to keep writing, and when I finally graduated in the mid-nineties after completing a creative writing thesis titled “Laslo: Part I of A Relativist Work,” I’d spent well over a year obsessing over it.

Nevertheless, I reached the end of my twenties longing for financial security. So, I went into software development. If this seems surprising to you, maybe I should mention I began USC in the math and science department as a physics major.

Computer programming seemed the thing to do at the time — it felt daring and exciting, something new, satisfyingly impersonal — but when I was at last prepared to launch my brilliant new career, Columbia’s largest tech employer laid off over three hundred experienced programmers. There was no room for me. In 2000, I packed my cat and moved to Atlanta, hoping my IT prospects would improve. They didn’t. The entire IT industry crashed. Later, after finally landing a job working with legacy systems at Georgia D.O.T. (not very exciting), I grew impatient with the whole idea, decided to let go, and sought some other reasonable profession…

I became a lawyer. At 33. Snapped my fingers, and just like that… No, I’m joking. It took a minute. But like many proto-lawyers lured by the promise of earning a decent living through writing, I’d neglected to ask, “Write what, exactly?” By the time I did ask, I was fully invested and had a job lined up. My husband and I moved to North Carolina to live in a cabin on the side of a mountain, foolishly imagining we could live off the grid. Hah! I practiced law for a couple of years before concluding it was the wrong path for me.

Then the Great Recession happened. Last I saw of that cabin, wild goats had moved in.

But I think I was always going to find myself in this predicament, leaving wrong careers, discovering more and more precious time had slipped away. Why do that to myself? Why do that to my husband, or others I love and who love me back? Apparently, my mind wanted to tell stories. And aren’t our most precious and monumental dreams the ones with the power to jolt us from slumber, gasping for air in a desperate sweat? Set them down, I said. Share. Maybe someday someone will be glad for it.

I still don’t know how to introduce myself.

We can probably agree that much of what makes up a person passes by us unseen. And yet, somehow, we do come to know the people in our lives, those we care about — and a few we don’t. Mountains loom. Icebergs bob above the waterline. Eyes peer through parted leaves in a dense wood.

A child can tell there’s more to people than the obvious. I concluded when young that if I knew what I’d do, then maybe I’d stand a chance of knowing what they’d do — those others. Of course, this gave rise to convolutions. What would I do “if this” and “if that”? What if I wasn’t who I thought I was?

Growing up on the coast of South Carolina, I was a thoughtful and vocal child fascinated by the prospect of danger and death. We roamed barefoot on the hot slick sand and bogged in the marsh — my younger sister and I and our neighborhood friends — by the railroad tracks and an abandoned train depot, in a tree fort suspended over the saltwater, crawling through underbrush. You could say we explored an inner world as much as an outer one. Both thrilled me, and for this reason, much to my parents’ and teachers’ dismay, daydreams overwhelmed my waking hours, and sleep came with more horrors than I care to remember. I wouldn’t sleep in my room; instead I slept with my younger sister in hers. Still, poor Dad had to spend many a night checking the bushes outside the window.

When I was ten, I learned to sail a Sunfish. I was allowed to sail just a few times before the boat was stolen. I sailed with my friend Sanie. We liked to spoil the fun bickering over who got to man the sail and who was going to be stuck with the “boring” rudder. And as soon as we’d settle that, we’d fight over how to operate them. You have to agree, you see, or you tip the boat.

The day of my first and only race, the winds were strong, and Sanie and I spent most of the race sailing backwards down Beaufort Inlet until we ran aground at a tiny island.

I knew that island, could hardly believe my luck. I’d spent a great deal of time on the landing dock, on my belly, legs kicked up, ears filled with the roar of wind and the gentle creak of fiberglass floats, wondering what it would be like on that island — if only I could get to it. Was there hidden treasure? Could I live there, in the searing sun, under a shade of palms, spying on the mainland? There’d be only scrub brush and lopsided trees to keep me company.

In spite of this incredible opportunity, it would have been foolish to leave our boat. Oyster beds, sheets of rusted metal, and brittle degraded plastic often lay hidden under the water and mud. Deadly currents — rip tides — lurked just below the water’s surface, especially when it looked glassy and smooth.

We waited in our cramped sailboat in stuffy little life jackets for over an hour. Because of the high winds, other boats had to be rescued, too. The island was small, the size of a small back yard. The wind smelled wet and salty, just a hint of crustacean decay. Marsh grass jutted green and swayed in the sloshing shallows. A mat of dry reeds rustled on the water that sucked at the hull. Seagulls cawed in a sky so blue it hurt. All the while, Sanie glared at me, arms folded, sulking at the stern.

But I’d made it to the island, and saw what I wanted to see.