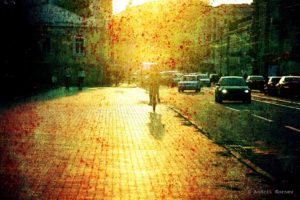 All right then. Here is a meandering piece about how my stories come to life:

I’ll be driving to the grocery store. Or to work. I may be in the shower or folding laundry. Staring vacantly at tomato plants out back. Anything mindless.

I’ll start to worry. But it’s really a sporting kind of worry. It might be a recent news report. It might be a character in a movie I saw. I’ll start mulling over why things can’t turn out as rosy as everyone promised. It’s analysis: Does the plausibility meter approve? If not, then why not? I’ll go on and on. Point and counter-point.

Oh, I’m an opinionated worrier, too. I get a great deal of pleasure out of thinking up the dramatic, life-by-the-seat-of-the-pants dilemma and then deciding how one ought to handle it. Of course, afterwards, I have to challenge my position:

“Now, seriously, could anyone cope with that?”

Humph. Well, what sort of anyone are we talking about?

I pick it apart to a ridiculous degree: How would that contraption work? What would likely stop a hero here? But couldn’t he squeak by if fate were just a little on his side …. 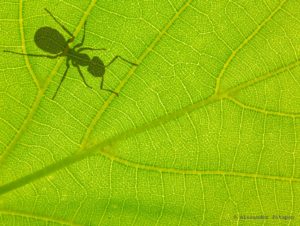 At that point I get a glimpse of the poor soul facing catastrophe. Fate is not on his side. Like Biblical floods drowning an ant—water hose on, water hose off. Have some sympathy, I want to say.

And why did I make his world such a terrible place? I wonder if he’s caught on yet? Does he have faith in himself? Or is he such a small thing skulking in the grass that he imagines the enemy won’t notice him?

So… all that amounts to compulsive planning. And a dark scenario.

I’ve suffered many lifetimes, blood pressure mounting, wallowing in moral and emotional quandaries that verily shout out for a hero’s courage.

But you know how it is. Shower’s over. Laundry’s done. Got stuff to do.

Those beings pop into existence for only a short while before they’re gone–so many faces evanescing the second my attention is diverted.

But sometimes, a story will insist on coming back. What I believe is, the story has been feeding off my own emotional energy—my past, the people I’ve known, all my hopes and fears. It has found resonance. And as the story grows, I’m stretched inside the bubble of its themes: There’s always at least one core scene where my heart thuds each time I play it out.

Sometimes the fantasy stalls. Or the character veers in an unsavory direction. It can go really bad.

But this often marks the moment when the character comes alive. If I’m so uncomfortable with his plight that I want to force him into an easy solution, something unnatural for him, and I become more and more depressed the more I push, then what I must be feeling is the character fighting to exist on his terms.

It turns out that the worst injury I can inflict on a character is to demand that he be someone he’s not. And if he experiences trauma and doesn’t grow, then I feel the burden of knowing I was the one who held him back. It’s unnatural to go through life unchanged.

And that’s a story! That’s exactly a story! Of course, there’s the sticky bit of writing it down.

I’ll usually mull over scenes before I write them down. I replay them over and over. They often vary, but what’s amazing is how, after a while, some lock in.

And once they’ve locked in, I don’t have to conjure them anymore: I remember them as if they had actually happened. They’re sharper. Details fill in to support what I now know.

I try to pay attention to inconsistencies—one can’t help feeling them. They’re irritating. But sometimes they’re hard to identify. Inconsistencies aren’t necessarily bad, though. True, they may reveal a flaw in my story that should be addressed. But it’s also possible they’re reflecting a gap. And gaps are very important, I’ve found. The mind wants to fill them.

How has coming up with stories changed me? For one thing, the engine chugs faster now. I only have to bend my mind a little to see stories everywhere.

I would say that the biggest difference between those periods in my life when I was writing stories and when I was doing other things is that I listen to my inner voice more actively when writing stories. The daydreams and monologues have always been there. Now, I don’t want to let them go.