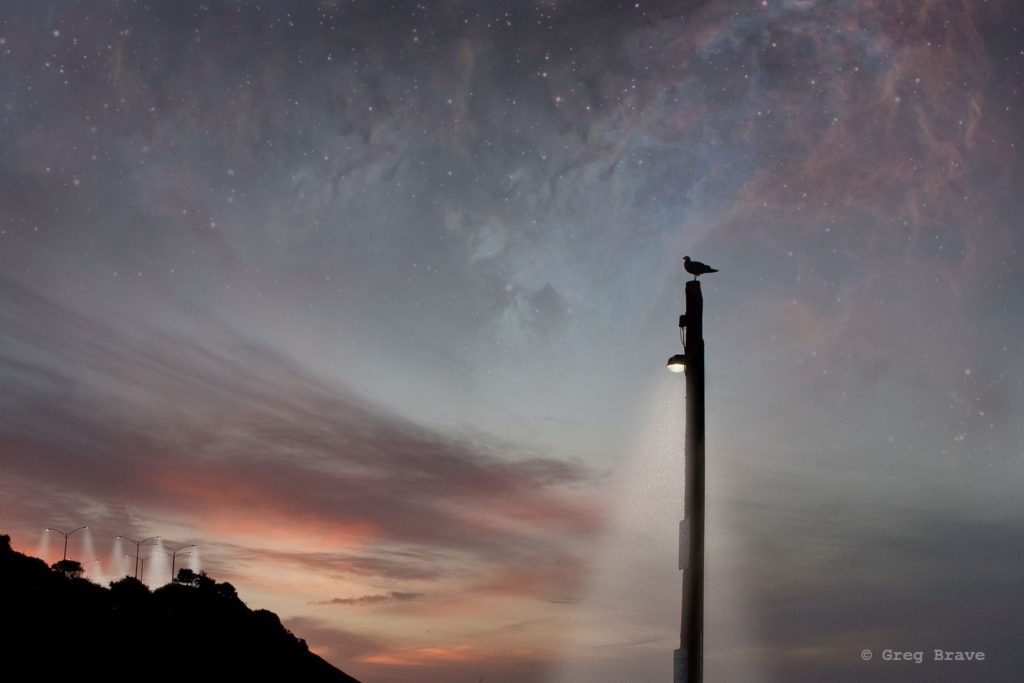 The stitches were frayed only every inch or so, Josh concluded, as he picked at them with his fingernail. He wondered what it took to unstitch a car. But even that was boring. He had his tablet, but he didn’t feel like playing anymore. It lay on the seat between him and Kyle. Dad said he played too much anyway. And it was true, he was doing what he’d already done a hundred thousand times.

But Kyle had got a cell phone for his birthday, so he was listening to music through earbuds and texting Landy, which Mom forbade during dinner, even if it was pizza night at Tony’s Pizzeria. After dinner was okay. Josh didn’t think Kyle could hear Mom and Dad with earbuds in.

Josh dipped his chin down to look at his shirt. Pretty much what he had expected. A thick line of red sauce was drying down the front. He picked at it, but only succeeded in smearing more into his shirt. Exasperated, he gave up and sat there, his full stomach protruding while his legs dangled uncomfortably. They’d reach the floor if he slouched down under the seat belt. But if Dad saw, he’d yell. Dad said he didn’t want to see his children mangled in a wreck. Dad worried a lot about danger all the time.

Home was a good ways away from the shops downtown. And the days were growing shorter. The street lamps had already switched on outside and showered yellow light down onto the pavement and the grass, which made the grass look weird. One lamp, count to seven. And… up comes the next lamp.

And then Josh remembered: the stars! If he’d thought about it, he could have watched the stars coming out almost any night the whole summer, so long as it wasn’t raining, but he had had his favorite shows to watch and had to get ready for bed, and he just normally didn’t think about it. But this was fall, and they were late going home. It was perfect.

The sky above was mostly blue but darkening fast, like someone had dumped a bucket of dirty mop water into it. This wasn’t what he was looking for, but he wasn’t going to see much of anything with streetlamps throwing all that yellow on him.

A street lamp was swift approaching. But once their car had passed, Josh looked up and saw, instead of stars, a pair of round eyes, a boy who hovered in the air wrong-side-up, and who was at the same time looking down at Josh. The boy seemed disappointed. The whites of his eyes showed, and his nose was long. Josh placed his finger on his own nose, and pressed it down, mirroring his reflection.

The boy in the window faded fast. The street lamp washed him out.

By Josh’s calculations, he was going to have seven seconds between lamps. But if Dad turned off the main road first, it would be darker, and that meant more time.

“Goes to show you,” Dad said from the driver’s seat. “Life will get you. Any way it can. Like they say, you can’t win for losing.”

“What are you going on about, James? I was serious. Why don’t you just go fight for your promotion? Go see Mr. Roempke, I’m sure he’d like to hear your take on what happened.”

Josh looked up front and caught his Dad shaking his head, the dark shape of it backlit by oncoming headlights and the car’s luminous blue dashboard. Dad was working those muscles at his jaw, and Josh wondered if Mom was going to let him say nothing this time. Sometimes Dad didn’t talk to Mom. Josh hated the way they fought.

Awwww. Missed the gap. The next lamp was upon them, and Josh looked up in time to catch his inverted self mooning above in the curved window, until they were both splashed with lamplight so bright it made his pupils hurt.

The sun was an orange sliver across a dark grassy field. The sky had turned watery gray near the flattened, molten sphere. Overhead, it was dark.

He was going to have to mess with the way he saw things if he hoped to see beyond his reflection. The eyes wanted to see what they were used to seeing.

It’s night. Stars come out at night, he repeated to himself.

He searched fast and meticulously. The first star—that’s all he wanted. It had to be the first star, and no mistakes, or it wouldn’t work.

Found one! The faint star winked down at him, like in the rhyme.

All that rhyming was for kids. He got that. But it couldn’t hurt to say it. No way he was going to say it out loud, though, or Kyle might hear. But there was always that chance magic was real in the world, and maybe it was some wizard’s sneaky trick to hide it in a child’s rhyme—a real wizard might hide stuff in plain sight, right?

His star continued to twinkle quietly in the firmament. In class Mr. Parks had said they twinkled because the air was full of… air. Water, too, or how else did all that condensation get on his glass at Tony’s and make his napkin go sopping wet and fall apart? He hated that.

It was imperative that he keep his eye on the star. But he was rethinking his resolution not to say the rhyme out loud. Of course he was going to have to say it, but he could whisper it, like whispering to the upside-down boy, so long as he didn’t take his eye off the star.

Star light, star bright, first star I see tonight, I wish I may, I wish I might, have this wish I wish tonight, and then he wished for it: I want to be famous!

He began to worry. He didn’t want to spend all his time thinking about what Tanner wanted. What if the wish jumped to Tanner? The spell did not feel complete.

Up front his parents were quiet. So it seemed like a good time to involve them in his project. But, he wasn’t so sure whether he should tell them about his wish. It might jinx it. Okay, soon, he could tell them, but not yet.

But come to think of it, now was all he had. There had to be a time limit here. He had to finish the spell–the very real and very serious spell hidden in a kid’s rhyme–or it wasn’t going to work.

Dad made the left turn onto the back roads and stopped the turn signal ticking. There were far fewer street lamps. The sky was rapidly populating with hundreds of winking stars. But even after the turn, Josh felt sure he knew which one had been the first.

“Hey Dad,” Josh said, and waited for a response.

“James, I think Josh is trying to speak to you.”

“I found my first star!”

There. He said it. That made it real. If it was out of his head, then it was real. He looked up at the upside-down boy, and the boy looked down on him, but it was as if he was waiting for something.

“That’s wonderful, honey,” his Mom said, overly cheerful, when his Dad didn’t respond. “So did you make your wish?”

He sat for a second, wowed by his own diligence, but still he felt a little concerned that his wish had not been specific enough.

“I’ll tell you one thing, son,” said Dad. “Be careful what you wish for, because you won’t get it.”

“What the hell did you tell him that for?” Mom said, and slapped her own leg she was so mad. “James! I can’t believe you.”

“It’s a fact,” his Dad said, and they resumed fuming in silence, or maybe they murmured together like they sometimes did, so low that Josh could hardly hear them over the engine. He didn’t want to hear them, anyway. He was in shock.

What? Whatever he wished for was exactly what he won’t get? The spell he thought he had understood had undergone a complete restructuring.

Josh folded his arms tight as waves of anger and hurt pulsed through him.

That was not how it’s supposed to go. But somehow, Dad’s words always carried these hidden spikes, and they’d lodge in there, in Josh’s brain. His heart raced at the horrific prospect that he was his own nemesis. Whatever he wanted, his wanting would destroy. God! How was he supposed to escape himself?

He would do the right thing and give his wish to Tanner. He’d live low the whole rest of his life never wanting anything for himself. He’d make Tanner a video game maker, and all Tanner’s dreams would come true. I mean, if I don’t get to have my wish. Even though I earned it. And even though I was really careful and waited for the first star.

“What the f***!” Kyle said as he scrolled down his latest text.

Mom whipped around to face Kyle in the back seat: “Take them out. Take them out, now!” Mom said, and she jabbed her finger at Kyle, “Totally unacceptable, young man. You watch your mouth.”

Josh did not want to think about his older brother trying to watch his mouth—how would anyone ever manage doing that without taking hold of his lips and stretching them up over his nose? What Josh wanted to think about was his wish.

Okay, essentially, the spell had been executed proper, but now his father, who was a real man who lived in the real world, had said the spell wouldn’t work, so something in the real world must have changed the rules–it must have, because nobody had ever said anything about getting the opposite of what you wished for. That was what Dad said. Or it might as well have been. Not getting what you want was about as bad as getting exactly what you don’t want, Josh thought. And Dad said Josh should be careful not to ever say what he wanted or he’d never get it.

Josh had a queasy feeling in his stomach.

But he’d done what he was supposed to do. He’d satisfied the star’s rules. So how was he going to deal with Dad’s spell and still get his wish?

He searched the night sky and located his first star. He was pretty sure that was the first.

Star light, star bright, you’re the first star I saw tonight when I wished I may and I wished I might, have the wish that I wished tonight… but I want you to know that I didn’t mean exactly that wish. All I’m saying is, it’s not that I want to be famous exactly, but if you choose to make me famous anyway, though it’s not what I want, I’ll take it, and I won’t complain, and I’ll understand that you chose all on your own that that was something I deserved for my first star wish…. I just don’t want you to think I’m thinking of this wish as something I want. You know what I’m saying, star? You get it… right?

That should do, Josh thought, folding his arms. The upside-down boy nodded. He agreed. 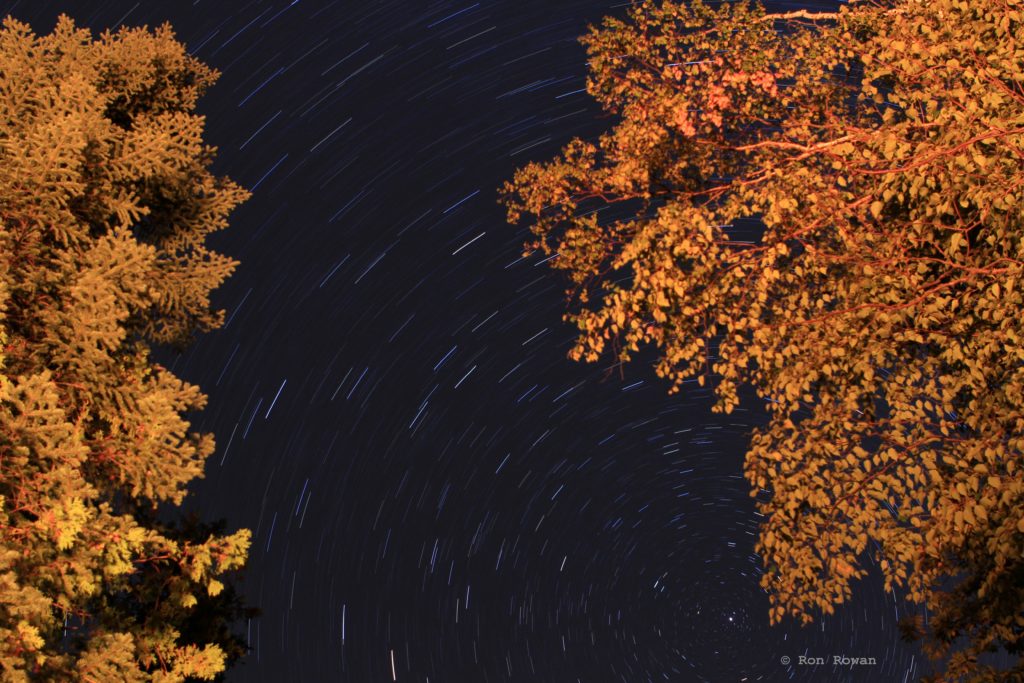 2 Replies to “Upside-down Boy and the Wishing Star”