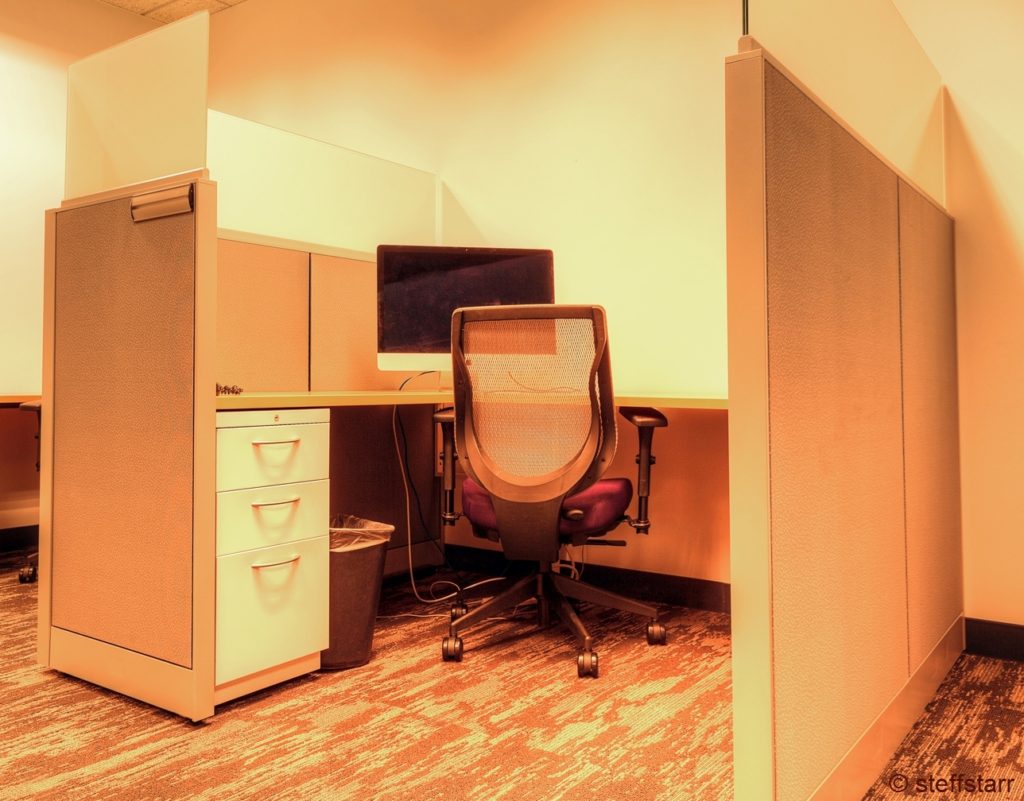 Some transitions are hard.

The house is quiet today except for the low, soft hum of the refrigerator.

There’s a ringing in my ears. 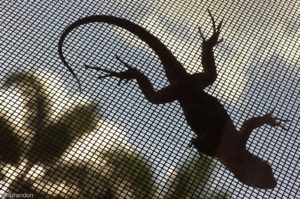 From somewhere in the bushes or trees out there, in sun or shade, bird whistles disconnected from their source, a faint music slips through the double-pane windows. Out there, the grass has been growing, though I hadn’t properly noticed till now; a lizard scurries across the screen. Maybe if I hold my breath, I’ll hear them better.

A scene has been playing in the back of my mind: Coworkers bustle past my cubicle, ferrying client documents, relaying phone messages, smiles and a great deal of chatting about the weather and traffic, the recent highway collapse. “What a relief it is to get this over with,” a client says to his tax preparer as he’s escorted to the front, “another year filed.” “Save these for three years, or seven, or forever,” the receptionist jokes. Everyone’s still smiling, although we’ve begun to grumble under our breath. The office manager says, “Anyway…,” to no one in particular and lopes back to his own cubicle in the rear.

I’ve risen from my desk; I’m at the front chairs now where Ms. Alice Perkins waits with a flowery canvas tote and coffee in a Styrofoam cup.

“Alice? Hello, I’m Dawn Jones. It’s good to meet you. I’ll be taking care of you today. You can come back with me now, if you’re ready.”

“Now, I should be real simple this year, ‘hon,” she says. “I sure hope I’ve brought you everything you need.”

Intense rational puzzle-solving activity in hour-long spurts, and with each new appointment, I must adapt to a distinctly different personality, all the while answering tax questions, in effect teaching tax–but before long, it’s about commiserating over a distressing event during the year or celebrating milestones. This taxpayer has a brand-new set of twins; this one is caring for his younger brother with dementia; and the next, a weary but gentle woman, has an aggressive and unemployable adult daughter she’s supporting, who shouts abuse over the phone.

Some enthusiastically ask how the writing’s going, which always makes me smile, while others shock me with accusations I’ve been slack, saying I’d promised my novel would be published by now: I must not be a woman of her word.

Tact was never my strength to begin with.

“No, I didn’t,” I say coldly. “If anything, I said I’d be submitting to agents. Actually, I’m nearly ready. You know, the fiction industry requires a lot of front-ended effort with little or no encouragement or return. Those books you love took years to make, with many hands on them. This industry is not for the sprinter. But one must work at it, and work with intent. That’s what I do.”

Tax preparation is a surprisingly intimate process: for some, an hour of reckoning. People share their fear with me, through their eyes and with a certain fidgetiness. They want to justify their shortcomings. Or, on the other hand, some would like me to celebrate their affluence and their excellent long-term planning. Eh, why not? Some high-earners say the government wants to punish them for their success, and I’ll dutifully express concern–though they make in one year far more than I do in ten. Meanwhile, the poor assure me this is only temporary, they’re merely in transition: It’ll all be better someday. I say, Yes, it will.

One day, I was speaking of the difficulty communicating tax concepts to regular people with one young high-earner, when in all seriousness he interrupted me to say, oh no, not him: He was special, not regular. This message was so important to him that he repeated it. I laughed out loud (couldn’t help it) and said, “Yes, of course, you are special.” Such an odd thing to insist upon with one’s tax preparer. Another client confessed that going to have her taxes done felt like being sent to the principal’s office. This made me laugh, too. I said, “Oh no! My father was a middle-school principal! You don’t suppose…?” 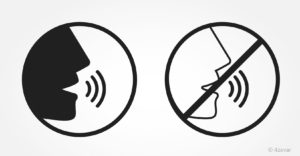 Emotionalism is messy. Normally, we sit on it. Not so in the tax office, although I would have expected the opposite. I share myself with my clients, my hopes and my experiences, a good story. I like to entertain. The exchange is usually delightful, a genuine once-a-year camaraderie with the old, the young, rich, poor, people of different cultures and experiences–in short, humanity–and it’s this that keeps me coming back year after year, and may continue to bring me back should I reach the point of not needing to.

But occasionally, sad to say, I overdo it; I bare my soul to the wrong sort, which leaves me feeling ill-used and cheap, as if I could look down and find there’s suddenly less of me. But after experiencing this shock a time or two, I relearn how to spot them: It’s fascinating to see the plasma-eaters struggle to find a way in.

I should learn the psychotherapists’ knack for not taking stress home. In the evenings, brief as they are, I try to forget.

Here’s the kicker: I prefer to segregate my writing from tax work, but this year, I couldn’t. Someone died, and I fell behind and had to continue editing during tax season. In spite of constant overtime and a long daily commute, I still managed to edit some chapters and a short story and compose one lonesome poem. And now that I’ve lived both identities side by side, the writing persona wants to stay put and squeeze the other out. It might have been better if they hadn’t conversed. I’m not sure how to cope. I’ll have to figure it out.

True, the thought processes behind each pursuit can enhance both, and I know there are successful writers with second careers. But I usually find that when wearing the tax brain, I sound like an idiot if I try to discuss writing. Some clients want to talk about the writing craft, and the shift is almost painful. Maybe I crave it too much. When I’m wearing the writer brain, it might be wise not to ask me tax questions, or at least, give me time to think about it. These topics dislike sharing the same mental space, and when I force them to, I’m awkward and lost. But this is due to emotions, not intellect. One day, a client who enjoys poetry was describing her very difficult year, and I was amazed to be able to entertain her with a short poem by Dorothy Parker as well as my own new poem. What a fluke–and a relief! I ought to have flubbed it because it wasn’t tax talk. And even when it is tax talk during tax season, if tired enough, I’ll go through odd phases like the day I inverted all my sentences. I remember struggling to describe the differences between a Roth IRA and a traditional IRA–predicates first. What an expressive machine, the mind.

For me, it takes about two months to become the tax preparer, to stop fighting the transition, when I finally look in the mirror and see a person I accept–though not necessarily someone I wish to know better. But daily, I’d long to push the tax preparer aside and make sure the real Dawn is still shadowing close behind, winking, promising me how this will all make sense in a year or two. 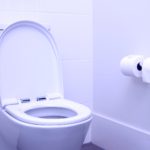 What’s it like otherwise? On busy days, if squeezing in ten minutes for lunch looks like it’ll never happen, I grab a banana, duck into the restroom and lock the door for a minute of peace. Normally, I prefer not to eat next to a toilet bowl, but our break table is in the rear, in front of the restrooms, which are for the clients’ use, too, and shoving food in my face is not the ideal visual for an anxiously waiting client, should he wander back there and find me.

On busy days, I may have an appointment every hour. On dead days, I may have no one from open to close, and this becomes the opportunity for us co-workers to get to know each other better. Overall, we have a good office and enjoy and respect one another. That’s one blessing I do not take for granted. But I’ve come to realize most of us are minimally social during the off season–as introverts, we wear down. By the time I make it home to my husband, I’ve become an empty leather sack.

Our office peaks at the end. It’s dramatic. The procrastinators are especially raw, testy, and unprepared, and by that point, after nearly two months of overtime, I am burned out. To top it off, our office was understaffed this year. When pulled in too many functional directions–such as simultaneously receptionist, mentor, and tax preparer–I get snappy, which I regret. When a client asks the same question ten times over though my carefully crafted reply never wavers, my patience wears thin.

This tax season ended April 18th, but over the last few nights, I’ve relived those last days in the office: shuffling papers, staring at number sequences, looking for patterns in withholdings, explaining results and calming people, asking the standard questions: Do you have any after-tax dollars in your IRA? Do you know the basis of your stock? Did your dependents live with you or their father more than six months out of last year, which means, who had the most nights? I grab a notepad and hold it up to a Form 1099-DIV to link the line of tiny text to its corresponding tiny number and blink my dream eyes to the point of soreness just to moisten them enough to read. Staring at a screen for nine-to-ten hours a day, day after day, is murder on the eyes.

But abruptly, its over! All done. I’m home.

This silence, I don’t quite know what to do with it. Nobody is laughing. Nobody is distressed or angry or frustrated. These are ghosts I’m listening for. I’ve landed. I’m ashore.

Nothing left but to deal with it. Maybe rest awhile, tidy up. The floor of my office is stacked with brown boxes filled with musty old books and pictures of Dad when he was a young man, intelligent and proud, not disappointed yet–sweet and loving, he was, in his own private way, in spite of cynicism and mistrust.

Oh yes, I almost forgot: My father died, six months ago, just before the holidays and the whole tax season whirligig.

My father died. It’s quiet in here among all these old books he kept. How did I forget?

But I have these worlds, you see, that wish to exist. It’s best I get to work.