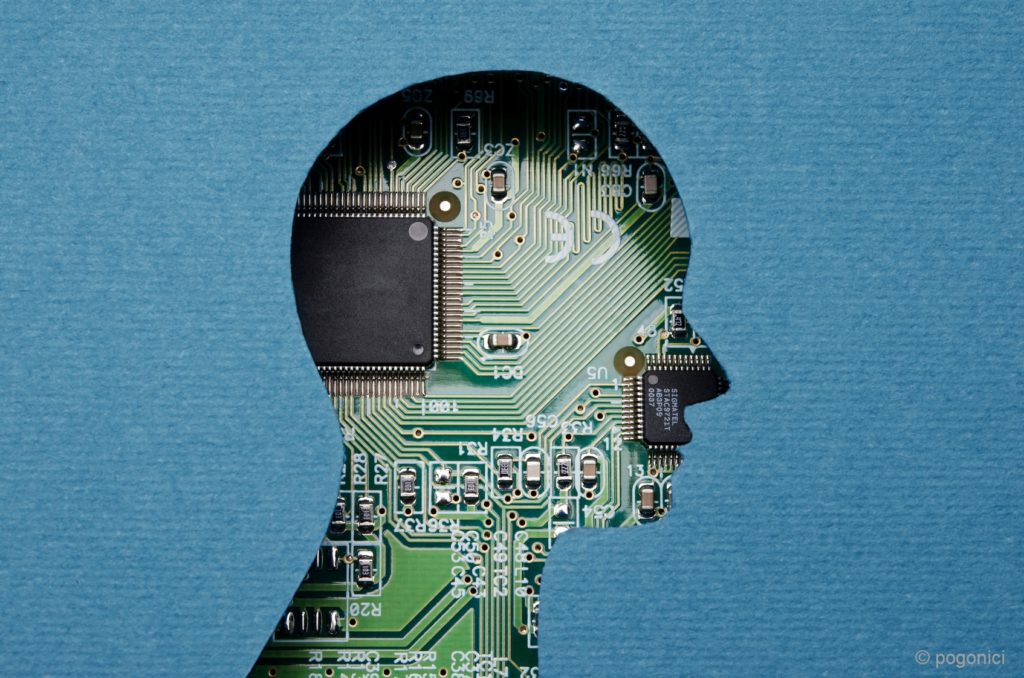 Corporate entities as cyborgs? Call it a stretch, if you like, but the analogy isn’t new.

First, I’d like to introduce you to my bias:

I am and have been as much dependent upon the success of the for-profit corporate model as anyone: for my income, my education, my healthcare… just about everything.

But there were times when it didn’t matter a whit that I was intelligent, well educated, or resourceful. On more than one occasion, I was shut out from earning a living by this very same corporate model because of those traits. Euphemistically, we call it being simultaneously “overqualified” and “under-qualified.”

Maybe the upheaval of the Great Recession is over. We shall see. It was a life-altering event, I think, for far more people than we’ve acknowledged.

But even before the recession, when I still practiced law, I wondered whether we have been so subsumed by the for-profit megacorporation model that we don’t quite see it for what it is.

This is the way it should work:

I’m not so sure that’s how it goes.

Let’s try this cyborg notion on for size:

A cyborg is “a bionic human being.”

Bionic means “2(a)(2) comprising or made up of artificial body parts that enhance or substitute for a natural biological capability.”

We may not always think of corporations as artificial entities, but that’s what they are. They’re concepts. Their organizing papers give them that first spark of life. We call those documents articles of incorporation. 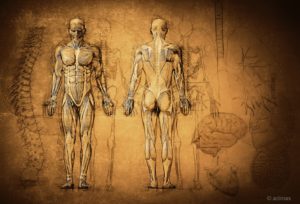 People, by contrast, are natural entities. But we, too, arise out of an organizing principle. We’ve evolved out of tiny single-cell creatures who long ago, in the spirit of improved ecology, formed alliances. One such alliance, the organ called skin, envelops our bodies and shapes us, sets us apart from one another, and allows us to interact as discrete beings.

DNA dictates our bodies’ order for functionality. For functional order, corporations rely upon their organizing documents and a hierarchical structure.

Within us, we have functioning bodies called cells, and corporations do, too: They’re called employees. Both entity types have parts that work together to ensure the unit’s survival, and both periodically slough away the parts that stop serving that purpose.

So, to put it better: Corporations are governed by their structure and act through the collective efforts of their parts. The efforts of the corporate body’s employees help it move and act in the same way our muscles, tendons, and other organs help us move and act.

“Then it’s still people within the corporation who exercise judgment,” you might argue. And you’d be right. But they do so as a collective unit governed by the corporate purpose. And if you’ve ever observed collectives, you’d notice that they behave differently from individuals. They act slower and with less accountability. In fact, one might argue that the moral sophistication of any social group is on par with that of a child.

Corporations need adaptable parts to further their goals. People are adaptive. Cells adapt. But from the corporation’s perspective as well as that of the human body, the unpredictability of individuals can damage the collective. Machines, on the other hand, behave predictably. But they are quickly outmoded and exercise no judgment at all. Think of a company relying on outmoded or faulty software. Think of the artificial heart.

So it’s better for corporations if the people who work for them (and frankly, also those who purchase from them) act within rigid social protocols. We’re familiar with this concept. Ever heard a supervisor say “train your customer”?

When you put it all together, a corporation begins to look like this: a discrete thinking organism with regenerative components made up of people who act like machines and use machines. As such, a corporation may very well qualify as a cybernetic organism. 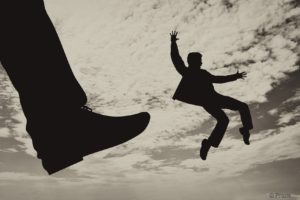 In fact, here’s something I find quite fascinating: Megacorporations can grow their own components. They’ll have to expend enough energy (money) to ensure people keep having babies, babies with minimal nutrition, raised to learn just enough. But to tide them over and limit cost, the corporation can always hire the desperate, burn through its good people (giving 110%, anyone?), and then replace those components as they’re used up.

Job-hopping is one result. Degradation of the education system is another. To survive, people will learn how to slip quickly into new mechanized roles.

How will such a corporation ensure the quickest assimilation of new employees, since there will always be so many? A manual or web-training session, or two—or fifty—should regulate everyone nicely. Like running a parent program in analog on fleshy human subsystems, it’s probably not the most efficient, but it’s controllable from the top down and thus adaptable.

But what about personality conflicts among employees?

It happens more when people are bored or stressed, don’t you think? In such a rigid system, boredom and stress are likely. With the expectation of high incidences of boredom and stress, a corporation should make liberal use of personality tests and find the most accommodating personalities available. (Ever failed one of those?)

And when a prospective employee demonstrates that he has the right sort of unquestioning ‘performance’ personality, and that he’ll follow procedure with minimal deliberation, then the corporation may expect him to be controlled, and much of the messiness in human interaction goes away. The corporation can refuse to hire, fire, or side-track those who don’t conform. Oddballs may very well starve, but they’ll certainly make fewer baby non-conformists, and this is just fine, says the corporation, because non-conformists are messy, and it doesn’t need any more of those.

What do you suppose is the purpose of for-profit megacorporations, as stated in their incorporating documents, their raison d’être, if you will?

And who gives them the money?

We do. When we invest in them and when we buy from them. Nothing special about that. Or immoral. Just a matter of survival. Us and them.

Are we still having fun?

So it’s simple: If a megacorporation takes enough of our energy (and money), and we don’t ask for too much back… it thrives.

Ah, but it can’t just make some money. It has to make more money. Because if the corporation doesn’t make more and more money, it’s not a growing enterprise. And if it’s not growing, it’s dying. Everyone flees.

(This process might be comparable to ‘favorable trade’ in the history books, what the old world hoped to achieve through its colonies. But who receives the favorable end of this trade today? Is said party actually human?)

Better to put a dying corporation out of its misery, right? And be quick about it.

But sometimes we don’t.

What is the significance of that?

When we find a corporation ‘too big to fail’ and, for this reason, don’t let it die, there’s no illusion of it serving us anymore, is there? We serve it. A stockholder who loses money on his investment has, to some degree, ripped his veins and fed the corporate entity his own life’s blood. It was supposed to work the other way around. Someone else’s blood.

What does it mean when the stock market drops like an anvil, pensions are blown, and retirements are wiped out? When we have to support the beast or go down with it? 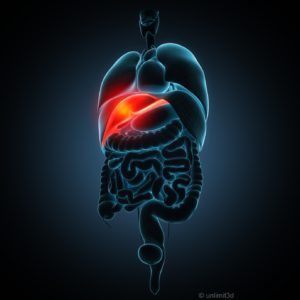 Who owns whom then? We may have been subsumed by a foreign organism. We may be a liver or a spleen.

What I wish to point out here is that megacorporations may be seeking to satisfy their own needs on a playing field too large for most of us to visualize, while we the people serve as both their components and their fodder.

Now, I don’t know that this is true. This is wild speculation. This is fun.

And I assure you, I respect the hand that feeds.

I merely suggest that we be mindful of how we interact with these entities.

Because when the people in ‘control’ are fungible figureheads; when the manuals and the tests and the bureaucracies become entrenched; when we work long hours for low wages with little opportunity for advancement; when the will of any individual within to think or effect change is struck down at its inception; when through lobbyists the entity has co-opted political, legal, and governing power equal to or exceeding that of the people who comprise it—this is no mere legal construct serving for the convenience of those who made it.

It’s a living thing, a cyborg, with intelligence, and an agenda and a morality that do not coincide with our own—as expressed in the mechanized efforts of its many incorporated parts.

I’ll bet you never imagined a cannibalistic-cyborg coming at you in this fashion. But nobody said the circuitry had to be small. 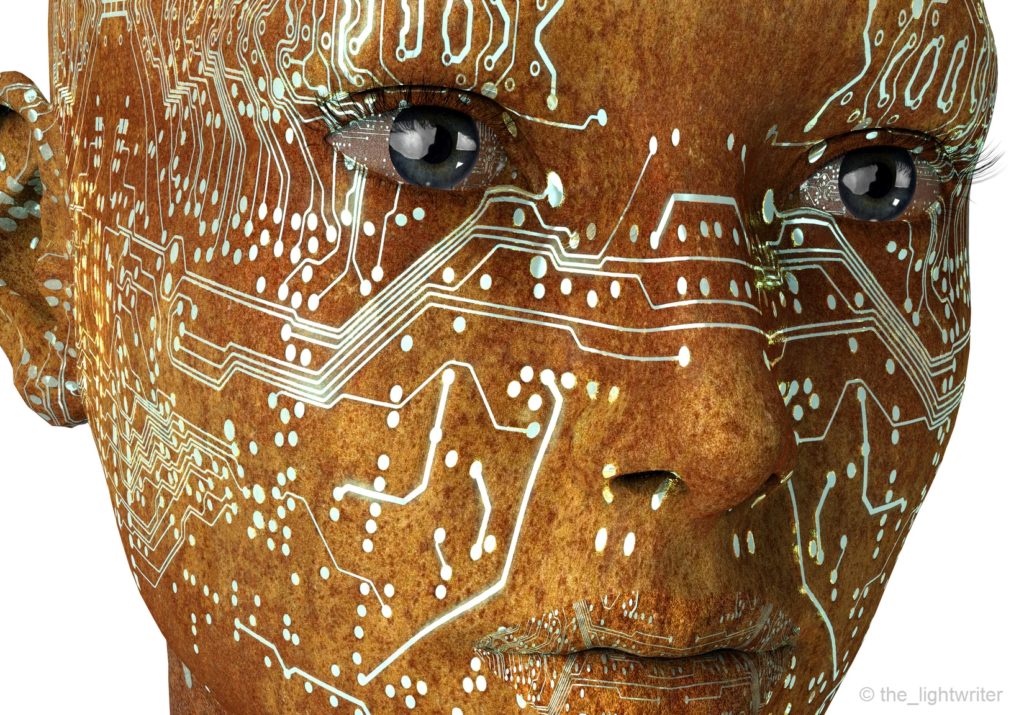 2 Replies to “Liver or Spleen: The Megacorporation Cyborg”