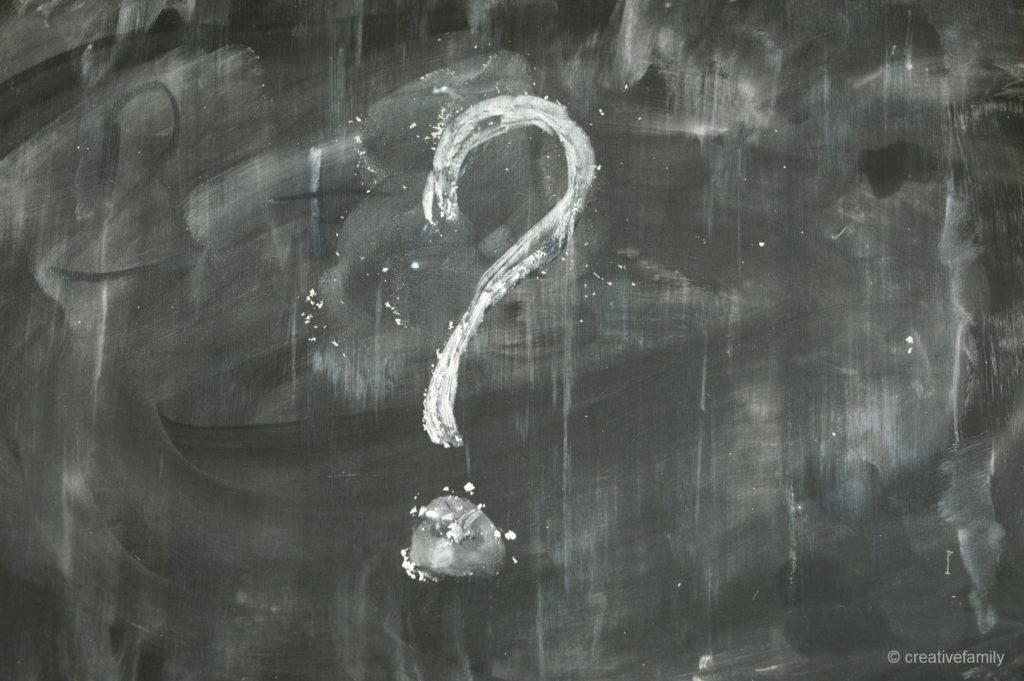 I grew up in a small town on an island on the coast of South Carolina. I learned the word moron in third grade because my teacher, who was from elsewhere, used it regularly to describe my class: “You really are a bunch of morons. D’you know what MORON means, class?” She also taught us about the Darwinianly challenged dodo. We were the dodos.

I think about it sometimes. Meaningful moments.

In second grade, one of my classmates used profanity once too often and was sentenced to a mouthful of soap. He spat it out, naturally, and the teacher–we’ll call her ‘Mrs. P’–shoved another hunk in and taped his mouth shut. I remember the desperate look in his eyes, the glassy tears, the light strip of tape across his soft dark face; I worried about what the sticky would do to his lips when she pulled it off….

Soap tastes bad. When I got home that day, I ate soap myself to find out how bad. I put masking tape across my own mouth and ripped it off.

Another day in second-grade, Mrs. P was again furious with us. She switched the lights off and on, on and off, and then left them off–the signal we were in serious trouble. To our surprise, instead of threats or yelling, in the shadowy dark–not much light from the windows–she ordered me to the front, forced a piece of chalk into my hand, and asked me to solve a math problem she’d written on the board:

“What’s the square root of four?”

The dusty scribble looked strange in the half-light. After an accident tore my right leg open, I’d missed over a month of school that year and it’d been suggested I would have to repeat the grade–but bored during my convalescence, I’d read the entire math book and done the problems to the end and knew multiplication ahead of the others, who were lagging behind. But there’d been nothing in there, nada, that demonstrated the notation on the board. With utter seriousness, I clung to the chalk in my little fist, trying to figure out what she meant, what I should do. Just one cryptic symbol and one number–that was it. But after a minute or so, Mrs. P jumped in, quaking with impatience, stiff white hair flapping, and with six violent strokes drew a square and divided it in half twice: four squares inside one square:

“What’re you waiting for? Don’t you know?”

Her voice screeched like the chalk against the board. Neck-craningly tall, thunderous, and alarming–she was, as we say, losing it. 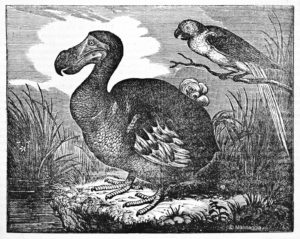 Now, if Mrs. P had calmly said, “Tell me, child, what’s the square root of four? This is how it’s written”–would I have been clever enough to piece those few clues together and give the answer? I was seven. I was mathematically inclined, not a genius. But a solution wasn’t what she wanted. She had a point to make: “Anyone else know the answer? Not one of you? We all agree, don’t we, that Dawn here is the best at math? Yes? YES? Well! If SHE can’t solve this, the rest of you kids sure can’t, can you? CAN YOU? You’re not so smart after all, are you? ARE you? Now, stay in your seats, keep your mouths shut, and listen to what I’m TRYING to teach you!”

Which gets me thinking: What if she’d said, “Give me the square root of four, Dawn. This is how it’s written,” in a playful mode? That day, I tried, even under duress, so I certainly would have enjoyed trying not under duress. Then, she could have again drawn the square, subdivided it twice, and explained how it all works.

Next, imagine if our infinitely patient teacher had said: “Thank you, Dawn, go sit down, please. Now that you know the answer, class, and how I got it, let’s play with it a minute. Let’s go back in time and look at the clues to the problem before you knew what it meant and its answer…. The problem was ‘what is the square root of four?’ Those are words. Some of those words you know…. What, is, the, square, root, of, four…. Root, well, you’ve heard that word before. A tree has roots, but this isn’t like a tree’s roots, is it? This is math, not the study of trees. So, there must be another meaning for root that we don’t know. We know the other words, so root is the mysterious word, our target. When faced with a problem, look for what it is you know and what it is you do not know. Focus on each…..”

If Mrs. P had done this, given our relative lack of exposure to math, we would have struggled, for sure, but it would have been play, not punishment. We might not have retained any of it, but so long as our trusted teacher didn’t shame us, the experience might have stimulated our curiosity and prepared us to re-learn it at some later date. 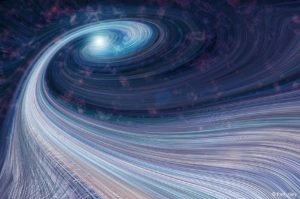 For instance, as a child, I never really got non-Euclidian geometry. My first exposure was in summer science camp when I was ten, and then a second time in junior-high Algebra. I still wasn’t sure and skirted by it in high school geometry (where we studied Euclidian geometry). Then, it was on to Trigonometry, more Algebra, Calculus, and college Calculus–but it was only later, much later, that on my own I happened upon an essay by Isaac Asimov explaining non-Euclidean geometry, just a little essay, and finally, finally it was clear what non-Euclidian geometry was about. Immediately, it brought to mind my science camp instructor, back when I was ten, who with tremendous pomp and flair kept repeating: “There are noooo straight lines in the universe! Think of it! There… are… NO… straight lines… in the universe!” Did those prior dud exposures help? Yeah. I like to think so. All those years, I’d reserved this empty slot in my brain for an answer to that very question: I was ready. (It’s also appropriate to credit Isaac Asimov for his overall brilliance.) But that, folks, is the secret to the autodidact: Ask questions all the time; read, be attentive, and play with the implications of your data as you gather it. Last but not least, keep a lookout for that good brain day.

Back to second grade, if Mrs. P had let it be play, my class and I might have felt flattered she thought enough of us even to ask what a square root was. We might have remembered the question even if we forgot the answer. And I wonder whether if she’d chosen to redirect our energy and distract us with the problem we’d never seen before instead of shaming us, she might have in this small way shown that we can teach ourselves by asking good questions. A gift that keeps giving. Better than diminishment.

What did Mrs. P’s method teach me? I received a good lesson that day in how to muster courage under duress: I’d withstood bullying from a trusted authoritarian figure. Also, it was an early lesson in how success can be costly–not that one shouldn’t strive, obviously, but praise is a social tool designed to influence and control, not always to good purpose. But I also remember an unpleasant bewilderment that day–call it an anti-lesson. I’d just discovered I was naturally curious about math; learning had begun to feel pleasurable; but, due to Mrs. P’s carelessness, in that instance academic problem-solving came perilously close to being linked with anxiety and humiliation. Public humiliation. When it became apparent I wasn’t supposed to know the answer or learn it, when I was told to sit down, I was relieved! I didn’t want to know the answer anymore. Because of our misbehavior, we’d made Mrs. P feel bad about herself, and she meant for us to feel bad, too. My mind shut down that day, for a moment, and over the years it was when I remembered that particular surrender, that sweet relief of sitting back down, that I felt shame. 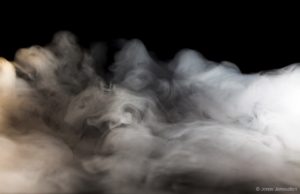 We loved Mrs. P as children love their protector. It seems to me that for some of my classmates, though, such a daunting emotional slap in the face, if repeated enough, might congeal into a kind of lights-out sticky-obfuscation. An intellectual fog. I’ve wondered many times about my classmates from that era, I’ve wondered if any, for one reason or another, felt less indignant than I did or thought they deserved mistreatment. They didn’t. I’ve wondered if there were any that day with fragile psyches, who were on the cusp of developing their own love of learning but hadn’t achieved it yet. I’ve wondered how many developed like me, with warring factions inside: act, don’t act. There have been many times in my life when I’ve been knocked back and had to scramble to foot again, fretfully wondering why I was someone who dared–and whether I should dare. But win or lose, I dare. Perhaps a moron, I’m stubborn.

Resilience is the only trait we can rely on. I don’t know why so many these days choose a thin skin. Cultivating a thin skin strikes me as dodo-like. All I know is we can’t control others, not much, not without a wasteful expenditure of energy. And how boring. We must think for ourselves, teach ourselves, and grow up. Inspire others.

Life’s not fair. People are fair, sometimes, when they have the time, patience, self-reflection, sympathy, and at least some small interest in being fair. 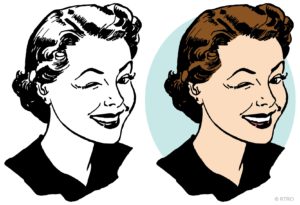