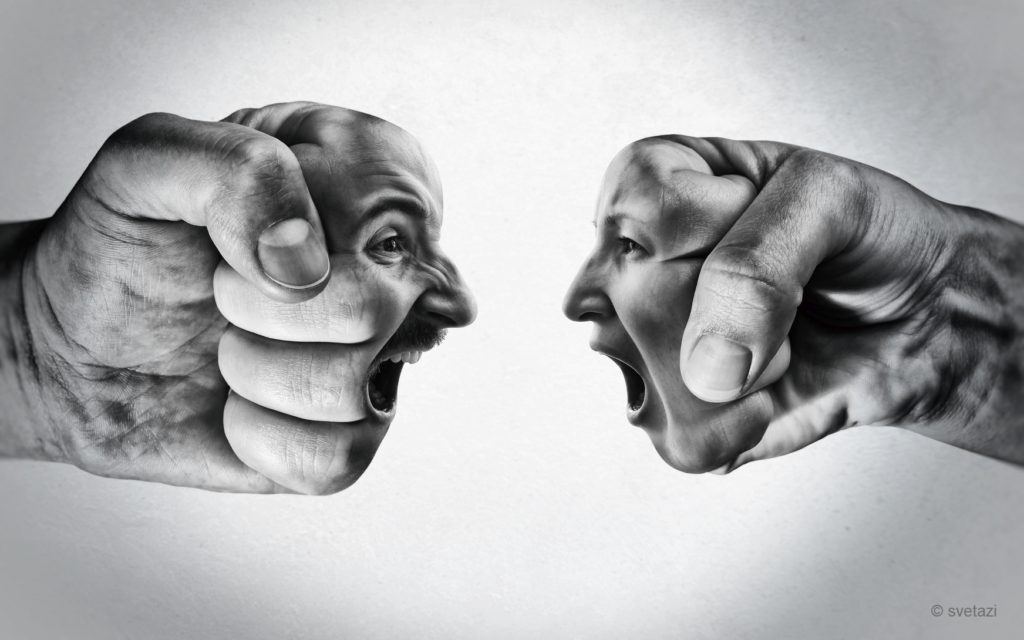 Light slips through the bedroom window giving the air a bluish tinge; the walls are gray; the dressers—whatever they were during the day now drenched in night hues. A siren whimpers in the distance….

I’m awake, oh God, I am awake, canvassing all my relationships, past and present, reconfiguring to find out which ones might be happy and stable enough to, you know, pat on the back and say, ‘Go sit down, you’, and which might be raw, suffering, and in need of some kind of attention.

Goodness! Seems an awfully unpleasant way to pass the wee hours of the morning. But I’m talking about conflict — I’m talking about anxiety and dis-comfort — and there’s plenty of conflict to be found if you go looking for it. But for a quick example on the milder end of the spectrum, my husband and I sometimes bicker over the silliest of things. We enjoy a little push-back, now and then. It helps keep us plugged into one another while mindful of our separateness — respectful, you might say, of the fact that beneath the surface sometimes our needs differ quite drastically, and those needs must not be discounted.

When people work at cross-purposes to themselves or others, that’s interesting! That’s conflict. 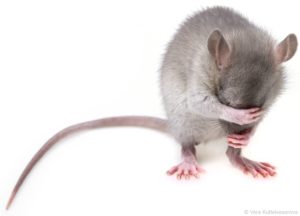 The Matrix got it right, and mice experiments confirm: too much harmony is bland — we’ll go looking for trouble. To keep us civil, we look to storytellers. To keep us engaged, our storytellers feed us trouble on top of trouble — other people’s trouble, and lots of it.

Fiction is all about conflict — one-hundred percent. A gentle read might pleasantly distract us from the stressful events in our daily lives, but a thriller or horror or fantasy with quadrupling and cascading life-or-death struggles, those will really hold our attention. Unless the adversity becomes too constant or too emotionally jarring, in which case there’s a risk we’ll lose hope for the characters we care about and, without that hope, shut down — in which case, we’re probably not coming back for more. (Ahem, Walking Dead, Season 7, Episode 1).

At the very least, when there’s intense conflict, adrenaline runs high and we can’t see or feel much else. It’s loud. Though conflict is necessary, knowing how to play with it effectively is a skill. 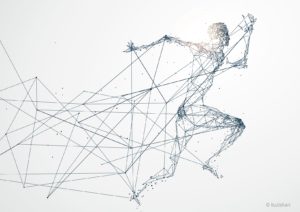 So, in his book Writing the Breakout Novel, literary agent Donald Maass says put conflict on “every page,” and I as a reader say, sure, every scene needs some conflict, but don’t forget the resting beats, please. At a presentation during the 2018 Atlanta Writer’s Workshop, our presenter-author Scott Hawkins spoke of Donald Maass and conflict, and suggested possibly making characters argue to stimulate reader interest during otherwise dull interludes. For sure, that might be a quick, fun way to generate conflict — but I’d respectfully add that only plausible conflicts are stimulating, and, again, too much is too much. We need the argument to be meaningful, to reflect what characters want from one another in the larger picture, and we need to set up the hope or expectation that they’ll get it, or even let them experience it, what will serve as the resting beat. In strong fiction, all elements are interwoven and feed off one another: It’s never simply a matter of insert X, then Y. But conflicts are everywhere and easy to find. For example, you create a subtle, figurative, but relatable conflict when you make your character uncomfortably hot, cold, it’s windy, etc., or his office chair feel like a medieval torture device. You create conflict when you show a schism between what your character believes about himself and what society expects of him.

When I served as a facilitative mediator, it was my job to help opposing parties communicate in a manner that moved them beyond their conflict. I was trained to reduce drama by encouraging negotiations that were ‘soft on the people, yet hard on the issues’ — but true, if you want engaging fiction, you might want to do the exact opposite of that, to whatever degree seems appropriate. Arthur C. Clark in Rendezvous with Rama chose to go relatively soft on his people, probably to maintain a tone of detached intellectualism. George R. R. Martin’s A Song of Ice and Fire, however, goes the other way for a very different feel. 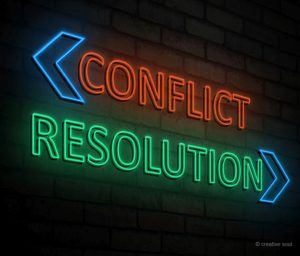 The peanut gallery typically wants its blood sport. Other audience members may prefer a slower, more nuanced development leading up to that key moment of crisis — a crisis of ideas, conscience, life-or-death, or whatever. I, for one, can enjoy both.

But what about resolution of conflict?

To end a story, the main conflict must resolve, which is to say, come to a clearly identifiable conclusion. But some conflicts, uber-conflicts, let’s say, might remain even after the story is finished, asserting themselves like the simplest, most forceful strain to a piece of music, evolving, until abruptly cut off at the close without winding down (this, by the way, makes for an excellent ear worm). The best pop example I can think of is the conflict between Mulder and Scully of The X-Files (the original). As long as their intellectual and sexual tension remained, we were invested in them. Add to that the fact that the truth was ‘out there’ — almost within grasp yet forever out of reach — and we had a couple of uber-conflicts that simply could not be ‘resolved’ without compromising the premise of the show. And so the show didn’t resolve anything. Not really. The only sensible way to end the X-Files would have been to permanently separate Scully and Mulder: possibly with one martyred to the other’s cause — no consummation of the relationship, no finding out the truth. Chris Carter dabbled with a traditional resolution numerous times only to pull back, but once we were hip to it, he’d spoiled even that release — let’s call it resolution fatigue. Then, when he finally did it, the result was so anti-climactic that it almost had the feel of negating the entire series. A Song of Ice and Fire faces a similar quandary. A story like that can’t resolve. I don’t think George R. R. Martin ever meant it to. Arguably, with so many plot lines and characters, isn’t unrelenting cyclic conflict really what his story is about? Like a fractal or a timeless tide rolling in. In the same way a war on terrorism isn’t winnable — so long as there’s a throne, there will always be ‘a game of thrones.’ See my point? We the audience will either have to accept that Westeros goes on without us, or he’ll have to shatter everything, just so we’ll let go.

Conflict. Must have it, always. And then, when and how do we let go? What if the crisis isn’t what we thought? What if it’s a crisis of recurring indecision? A crisis of un-sustainability? Why does Kafka’s The Citadel still work, even though it’s incomplete?

I don’t know how many of you know this, but there’s a process called saccades, a shifting of the eye, that allows us to fixate visually. If the eye did not maintain this constant movement — three-to-five times a second — we wouldn’t be able to see what was right in front of us. Conflict in stories works much the same way, provides movement relative to the reader, a movement that pulls our attention by implying importance, discomfort, and even danger. Storytellers, do not play it safe. 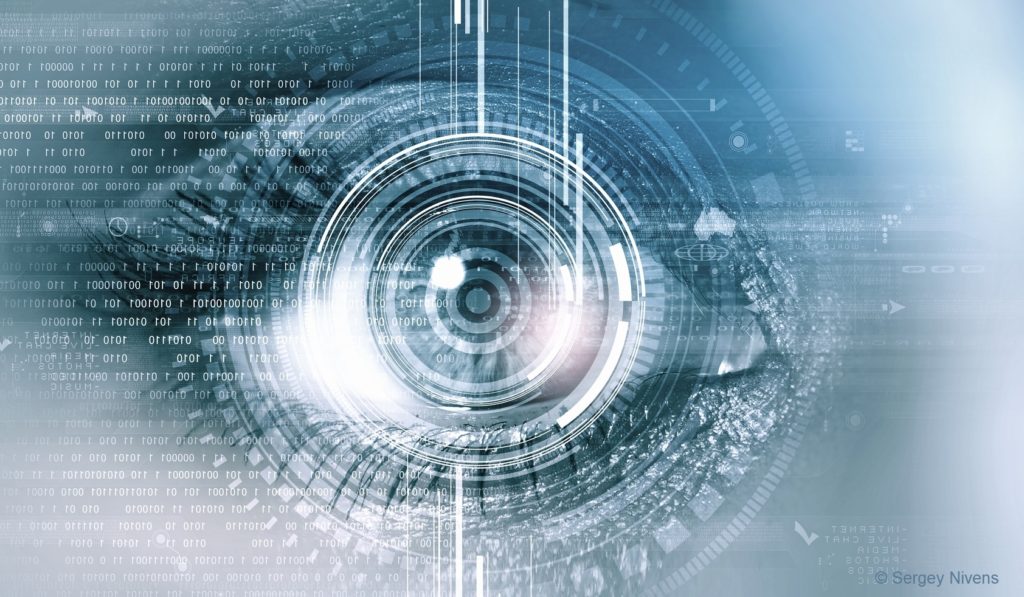