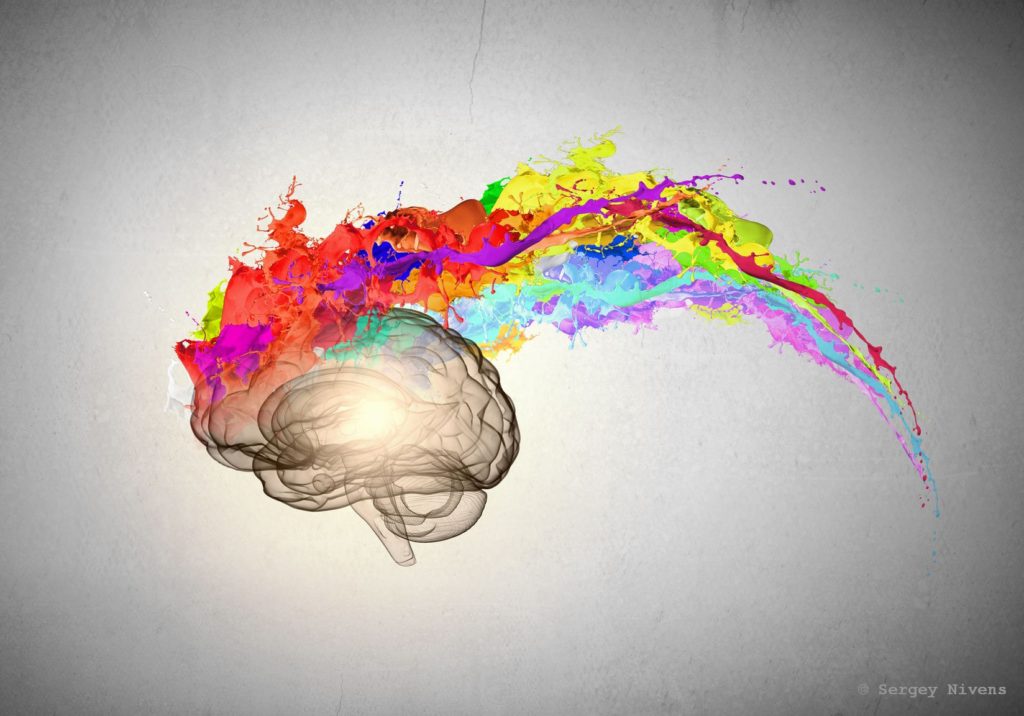 The comparison of Trumpism to the rise of Nazism or any other nationalist movement is fair. But even as this presidency sinks more and more into troubled waters, we can’t assume that another “Trump” won’t rise and take his place.

Before you get the wrong idea: I’m not anti-conservatism. Though I lean to the liberal side, I believe wholeheartedly that both liberalism and conservatism belong, especially the fuzzy areas between the extremes: they keep our policies balanced. I see Trump is an aberration, something else entirely.

“Trumpism”: let’s say it’s the blind, deaf, maniacal, almost anarchic, support of this president and his role as a truly great breaker. The man has been a phenomenal breaker, particularly of those institutions put in place to safeguard us against certain dangers known to exist in a free capitalistic system. Trumpists still invested at this stage will never be swayed; they’re enjoying a Potemkin village. To negate Trump would be to negate themselves, and their pride will never let them do that.

As for the rest, I recommend Erich Fromm’s book Escape From Freedom, which I read recently for the first time. A classic work written between the First and Second World War, it focuses on the sociopsychological pressures that gave rise to Nazism. Not an easy read, I had to put my thinking cap on, though many of the concepts were not new to me. Fromm describes a certain type of stress that overwhelms us in the West leaving us too often lost and flailing. Though we’ve achieved a significant increase in freedoms ‘from’ many encumbering institutions and customs of the past, and on paper enjoy a far better quality of life than we’ve ever known, we’ve neglected to establish sufficient freedoms ‘to’—which is to say, we’ve neglected to establish a meaningful impetus ‘to’—the higher aspirations, the generative impulse. 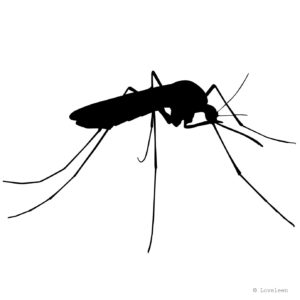 As I understand it, this unhappiness is tied to a lack of faith, faith in ourselves and the many social constructs that used to hold us, such as our communities, our religions, our democracy, and our capitalism. Right now, the rise of falseness within our culture has come even further into the light, too far to be overlooked. For some, there is no redemption in the ways that count, and for others, no redemption that counts. There’s a lingering sting. We congratulate ourselves on our sophistication, that we’ve left the old world behind, but we haven’t, not fully: we keep drifting back towards a small inherited ruling class, social oppression, and autocratic rule—in short, security from without—and away from the closest we’ve ever come to self-determination. 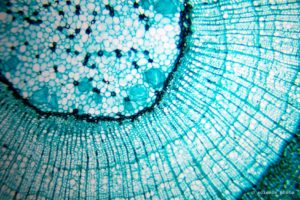 I’ve addressed this soul-sucking restlessness from a different angle when talking of colonizing Mars, imagining a place, a frontier, where every choice is dire meaningful and every act holds the salvation of man. Fromm portrays a culture long in the grips of an identity crisis. But, we must take care not to zoom in so close that we see only chloroplasts and are afraid to talk about what to do with the tree. (As for me, some of Fromm’s ideas look like a strikingly vivid portrait of a fat slice of my life, far from the whole thing, but a nice slice: a Calvinist does not want to hear you sing.) Growth is painful, for individuals and cultures. When Fromm finally gets to his nugget—the rise of Nazism—he describes a recognizable demoralization and a real gasp for meaning that many Westerners, I think, feel to this day. He claims it arises when there are insufficient spiritual outlets with little or no social push to self-actualize—when there is an overall lack of optimism. In such a climate, Fromm says, totalitarian leaders will always find traction. With their cults of personality and false promises of empowerment, because of this deep-seated psychological ache, people will flock to them in droves. If exacerbated by economic factors, more than enough people will flock to them.

In the U.S., the will of enough of the people spoke, and—duped or not—we’ve got ourselves a wannabe dictator serving as our Commander in Chief. It may have been inevitable. Luckily, this is America. Our founders were clever. Though they might not have voiced their concerns using Fromm’s lingo, they foresaw weakness and expected power-grabs: that’s why they placed checks and balances across every conceivable avenue for usurpation they could think of. I say these bumps and lurches we’re experiencing reflect how our Constitution is weathering the storm, not sinking from it. For this reason, we should pay close attention to anyone who wants to tamper with the Constitution itself—for I hear that it may be the long game of some of these players. Nobody wants to be the fool who hammers through the hull at sea in the middle of a storm. Not to minimize the damage done—repairs must be made quickly, preferably with improvements—but nothing fundamental has fallen apart here. In this digital age, we may have grown too used to the quick turnaround of small-scale operations. Society is not small: to combat this recurrent lapse towards totalitarianism (an issue of our era), we need better education in the humanities to understand how the past influences us, and a greater investment in the arts and sciences to inspire us; we need patience and perseverance. We must vote! The tools needed to effect change are already at hand. But change at the highest levels does not happen anywhere near the speed of a tweet, or even overnight: imagine a giant the size of a nation rolling over, jolted from slumber. A degree of slowness is exactly what our founders wanted, and what you want, actually, for stability. 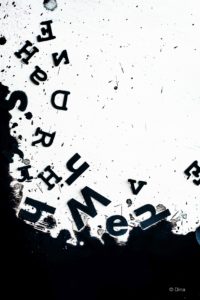 As for bias in the media, it’s always been there. It’s impossible to achieve perfect impartiality. Journalists and their readers are human, and humans are social animals: they clump together when they have interests in common. We need to understand this fact about ourselves and clump wisely. We need to create and maintain strong incentives for media to limit bias, on their own, and we accomplish it when we think critically about what we read, see, and hear. Disagree with your colleagues, families, and favorite news outlets—even if only for a moment, even if only for argument’s sake. Be polite. Be civil. We want everyone to be thinking and listening and thinking some more—including ourselves. Bottom line, do this, and it will be hard for even a competent dictator to seize hold in this country. Not impossible, perhaps, but hard.

We’ll use our heads, even if it hurts. It will hurt, a little. We’re not used to thinking critically at this level. We’ve barely been taught how. And liberals shouldn’t be so naïve as to think that the left can’t grow their own version of a totalitarian mindset and in a fit of giddy empowerment push another “ism” to the fore. It might look different coming from the left, but in the end, it could be the same discourse-crushing boot. Freedom of speech, freedom of assembly—cherish these political freedoms. These freedoms, from which all others flow, are the embodiment of freedom ‘from,’ which, folks, lest we forget, is freedom from tyranny. They are absolutely critical to our survival, in the true meaning of absoluteness and survival. The compulsion to have someone figure it all out for us and tell us what to do, how to speak, what to say, where to go, what safe corner to live in with a safe set regimen to follow, providing us with rules without our having to come up with them ourselves—simple rules we can follow without much thought, allowing us to more fully focus on our daily worries (suspiciously kept at a destabilizing high simmer)—to have someone else give us a sense of worth—the compulsion to surrender to such a provider is real and arises when we are weary and weak. Haven’t we all witnessed the person who moves in lockstep with others, fearful, who believes it’s easier to go along with the crowd (safest if done enthusiastically); and the other, the fatalist, who finds it convenient to assume his efforts can never have an effect?

Let’s talk about weak and weary.

Consider this. When your stomach is in knots because the Commander in Chief has said something idiotic with all sincerity as if he expects you to swallow it whole, including that other idiotic thing he said not five minutes ago that’s logically incompatible with the first and ridiculous to the point of pain—this is no accidental flub. Please, if nothing else, get this straight: it’s by design. Anyone can use this tactic. The most suggestible stage is between the gaps. When you’re so comfortable with your logic and complacent with your expectations and someone says A, and you go, “yeah, yeah, then B,” you’re leaving yourself wide open to the one who interrupts after A and says “banana.” Were you expecting “banana” just then? Did you pause? Were you stunned? Where, pray tell, was your head when I said “banana”? Trump does not need to keep his lies straight. He doesn’t even want to. 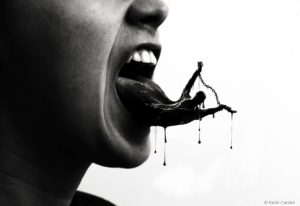 But if you’re not prone to hypnotic induction in this way (and I mean “in this way” because we mustn’t, mustn’t get cocky about it), you might want to keep in mind another concept people have been talking about lately which also describes this president’s peculiar behavior: gaslighting. I became aware of this phenomenon when I was young but called it “crazymaking.” A form of psychological abuse, we’ve heard the term used in testimonials within the #metoo movement, and that is certainly one context in which it applies, but not the only context. The point is for the aggressor to whip his adversary into a frenzy, a frenzy meant to keep his adversary harried, off-balance, and especially engaged—emotionally and conceptually—with topics that suit the aggressor’s aims, that fuel his ego, lessen his opponent’s credibility, and wear his opponent down. It’s about control. It’s a tactic designed to keep the opponent tired and weak and preoccupied with trivia so that he cannot think clearly in his own best interests. If you go berserk every five minutes because of a tweet and don’t learn to spend your energy better, if you don’t see beyond the trick, you’re being a fool. And you’re being played. Spend your life energy better! After all, an abuser will always want to see just how far he can take it.

Thank you for your time. I didn’t especially want to get into politics, but there it is.

Here’s to hope! Eyes open, let’s think critically and vote our conscience in November. That is all.