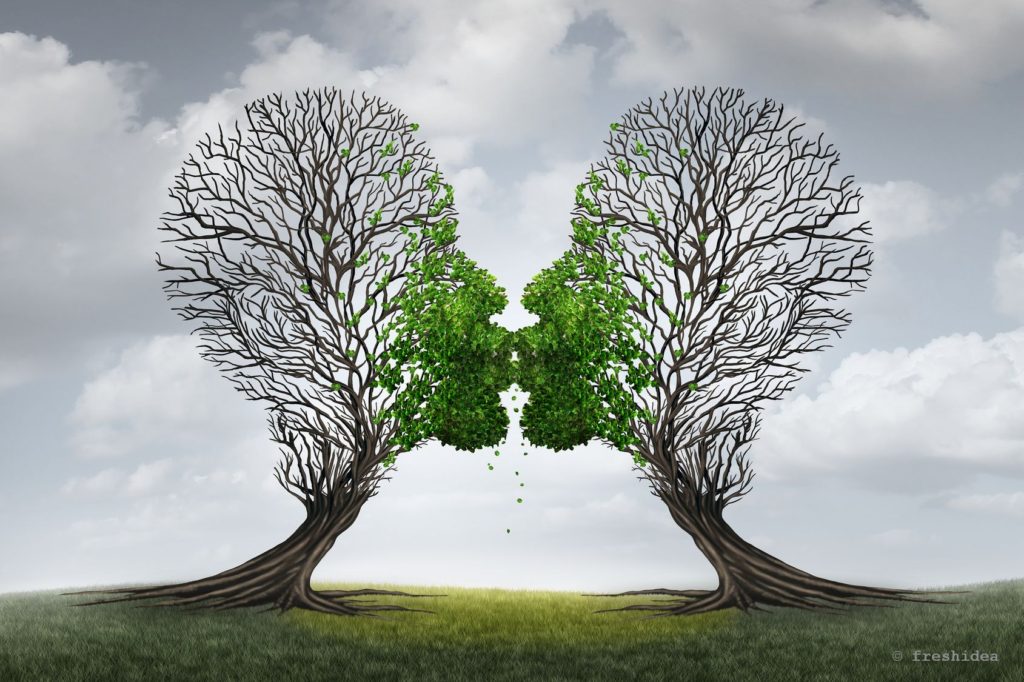 At the earliest stages of attraction, certain impulses arise. We catch ourselves drawing nearer to the other. There’s this thrill. A hand brushes an upper arm, a knee might nudge a thigh under the table—there’s this barrage of enveloping smiles. Everything’s electric! Brains tingle!

She says to herself: “Oh, he’s certainly said something clever there. Really, an excellent point. Never thought of it that way. Wow, and it was bold, too, and yet, I think, you know, not presumptuous, or pretentious. Gosh, I hope I don’t sound pretentious. But I mean, just look how he hits each note perfectly. How does he manage to come off so manly and so sweet?”

“She’s a marvel,” he says. “Look at her, so beautiful. Can’t believe it. She’s still smiling at me. What is this feeling? I feel it in my gut, and in my chest, and I have this whole arsenal of words, just right there, right here on the tip of my tongue, if only I could get them off of it… If I could just, I don’t know, give them to her. I want to give them to her. All of them. All my thoughts, my dreams, all I am. So astonishing. It’s her, it’s really her! Isn’t it? Are my ears actually ringing?”

Throughout this stage, there’s this mounting trepidation, a burning question asked but not yet answered: Will you have me?

Meanwhile, it’s time to meet the friends and find out who their people are—because we all have people and we all need them. Here’s where my husband, Chuck, and I step in and play our little sideline part: I first met Madeline at our house, at the front door, an instant favorite with my border collie who pushed past me, and this dog had few favorites—that is, of course, in between barking at Stewart’s every move, which the dog loved to do. And here she was! Madeline! Madeleine at our table, Madeline on our couch with Stewart—and our dog, who’d claimed her—Madeline, with her glad eyes and quick wit, her natural grace, so patient with Stewart and me—for as a many of you may know, we’re the excitable type. Madeline, with her gentle, calming presence and easy manner, so generous with her laughter. That night, I watched Stewart, carefully, protective in my own way—but it was easy to see how silly that was. Whenever possible, Stewart would place his hand on her shoulder, which she would then pat with her own. On that first evening, Chuck and I whispered: “Oh, she’s a keeper! We like her!”

I’ve known Stewart before and after, my good and loyal friend. It was fun to witness this stage, the stage that asks: “Will you have me?”

There are other stages, which arise in time, and those words shift somewhat, as does the nature of the accompanying trepidation. This change marks the relationship’s development, its rise in complexity, for by now, it’s well established that each is willing to embrace the other, “Yes,” they say, “I will, I will have you!” But tough times sometimes give us pause. There might be a loss: a loved one moves away, or sadly, dies; a beloved pet is ill; or tragedy strikes a dear friend. There are also those small private disappointments we don’t yet know how to share, frailty that allows for pettiness, and days when we have to confront each another knowing we’re not wearing our best face. There are days when we’re ashamed at having burdened our light and precious love with a bad day at the office, when insecure, we don’t quite know what to do in this world we cannot control—and yet we must swim in it. Will we swim in it together? Shall we go with or against the current? There are times when our sense of who we are shifts. We shift, sometimes jarringly, and for a moment we may fall into despair. Will our love be able to weather us? Will it hold us tight during the storm? “Do you have me?” we ask. “Well? Do you?”

Those times, they come—but they also go. And each time we step out of the wilderness, we find in one another a new home, what is new and good, a new reality, one we’ve fashioned out of our hopes and dreams together, and it’s quite blissful, more than we ever could have hoped for, or imagined. To that first lonesome question that used to haunt us, “Will you have me?”—the answer has come back Yes. To the second—”Do you have me?”—the answer is: “Yes, my love, I absolutely do.”

And so, on just such a blissful day, warm sunshine patterning through the window, there Madeleine sits on her couch with her Kindle, and at least two orange cats. A cold pink nose nuzzles her chin. Madeline is totally unconscious of the range of expressions that have been flitting across her face. On the other side of the room, Stewart’s playing air drums with headphones on, eyes shut, metaphysically transported by his newest discovery’s staccato rhythms. But then, he opens his eyes and sees the woman he loves nodding to herself at some insightful passage, all the while soothing the cat who can’t decide where to settle—Stewart sees her, and smiles, beaming, as he hits the high-hat. His heart’s full to bursting, and he can hardly contain his delight:

“I have you,” whispers his soul—so softly an angel could hear. “You will never fall. You’ll never be alone, as long as I live, and longer. I have you.”

Two of my closest friends, Madeline White Henderson and Stewart Henderson, got married this last Saturday, September 29th. Stewart I’ve known since my early-to-mid-twenties, and Madeline I met through Stewart when they first started dating. Their unusual vision was to have an organic circle of attestors, five of us (Melanie, Adam Strong (another author), Sharman, Sandy, and me), to give testimony concerning the bride and groom, all of which was to take place immediately before the handwritten vows. A few months back, smiling with obvious excitement, they gave each of us the barest minimal instruction. Minimal, I tell you! “Just speak from the heart,” they said, without even a hint of worry or concern. And they meant it, too. Not one to give up lightly, though, I texted a week ahead to see if they wanted to see mine beforehand, just in case I might have been off somehow. “Surprise us!” Madeline said, and I could definitely sense that playful spirit of hers as the finger hit *send*. Can do! I thought.

The first two speakers were to speak about Stewart, and the second two were to speak about Madeline. I was to go last: it was my role to be “the bridge” and talk about them both. So, above is the result, a sweet and brief story of a budding relationship. The piece wound up being a little different from what people expected, as I learned from some of the guests, though the response was overwhelmingly positive. It was only fair that others should cry: I myself grew tearful while writing it. I cried because of the warm loving feelings it brought out in me for my friends, and because, well, let’s face it, I’m a sentimental old fool. The first four attestors did a beautiful job; they gave fun-filled accounts of adventures and hi-jinxes and shared the happy changes they’d witnessed in the evolution of “Madeline and Stewart.” Seriously, going into this, I’d had very little experience with weddings. Exactly four, if you want to know. In one I was a child, and in another I was the bride. There may have been a movie or two. And yet, my inexperience seems to have paid off, though it wasn’t much help with the nerves. All told, I’m delighted to have created something so unabashedly uplifting for a change. For my friends. At the wedding and reception, I believe I may have smiled for seven hours straight.

As an amusing aside: I happened to be polishing up a new sci-fi horror novelette called Sympatico at the same time I was writing this piece. For obvious reasons, I had to establish some very clear boundaries between the moods of the two works: “No, no! None of that goes here!”

(In case you’re wondering, I did think it was proper to ask before sharing. The happy newlyweds gave me the green light! Cheers!)