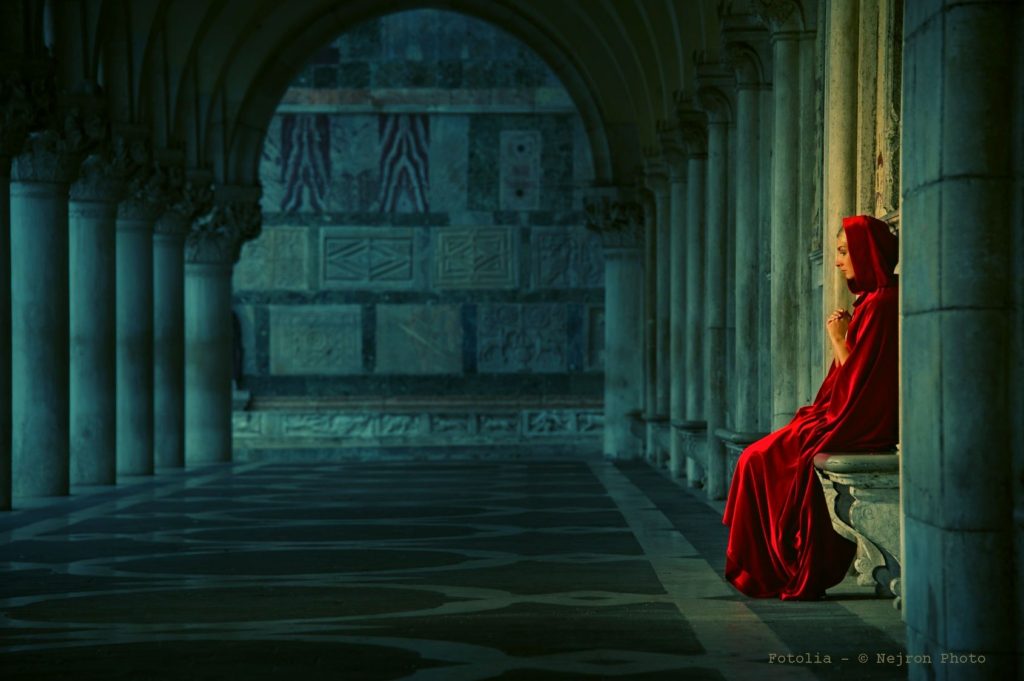 There was an article a few days ago (“Theon’s redemption shows the flaw in ‘Game of Thrones‘” by Kate Maltby), one of many on the heels of the third episode of the final season of Game of Thrones (GoT). Episode three is the great battle against the Night King, if you didn’t know, and characters we care about die. Maltby criticizes GoT as well as the book series A Song of Ice and Fire (ASoIF) by George R.R. Martin (GRRM) — on which GoT is based — for failing to show redemption in female characters while glorifying it in male characters. No redemption for Queen Cersei, for example — she’s feminine evil incarnate — but plenty of redemption for Theon and Cersei’s twin brother Jaime, and other men.

I respectfully disagree. But I’m not going to dwell on the sound bites from fandom that Maltby refers to. Anything can crop up there.

To clarify, GoT and ASoIF are not quite the same story. The core story, however, takes place in Westeros and Essos, in a world that is unapologetically brutal and socially backward — and yet, in spite of strict gender roles, strong women are everywhere. Some are strong in distinctly feminine ways (as defined by the culture) while others behave as the men do, and there are a few strong men wielding power in ways powerful women do — in all instances, without violating the rules of this world or compromising the story. This is plausible. Why? Because GoT and ASoIF are not about gender inequality so much as differences of power between social groups. There is severe gender inequality — don’t get me wrong — it’s just that it’s the sort one would expect in a relatively primitive society with a power differential between the sexes. 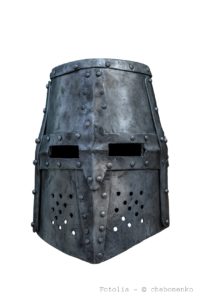 Yes, there are times when the cruelty inflicted on women is horrible, plain horrible. But I noticed a good deal of horrible things done to men, too. Just people, in general, doing horrible things to other people, and plausibly, given the context. The socially disempowered are trampled — period. Those doing the trampling are either at the top of society, lawless mobs, or soldiers sent to destroy the morale of rebels. Maltby specifically objected to the demeaning labels put on minor female characters on fan sites, labeling them as salt-wives and bed-warmers — women with limited social power, but those kinds of roles actually existed in our cultural past.

Likewise — which Maltby does not point out — men of low social status are ‘used and abused’ in this world, too, in ways very familiar to us. Meat on the battlefield, they’re expendable at the front lines. Most are never given names in the story, yet march onward, often to their deaths — nameless, faceless.

Some characters have lifted themselves up in society. Sir Davos and Melisandre both did, as did Varys. 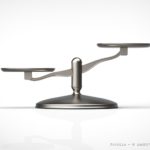 But nothing in GoT’s world is fair, although the HBO writers seem to be making an effort, probably as a result of viewer feedback. The effort shows especially in the last season (#7) and this one (#8), as they try to wrap things up. It’s as if HBO fears its viewers might feel cheated if GoT were allowed to go on meaningfully without their favorite characters. TV audiences don’t like be reminded of their own impermanence — though it’s worth noting that GRRM took much of his inspiration from historical events, most of which we’ve forgotten about. But the cyclic nature of the rise and fall of GRRM’s characters has brought about an almost manic expansion of the story: characters constantly drop away (or die) as new ones take the stage. And yet, by contrast, Westeros has been strangely stagnant in terms of technological advancement, particularly considering its long periods of cultural stability (the wall is thousands of years old and has been manned for thousands of years, which is very long-lived). Remember: the rise of technology played a big part in the evolution of our own concepts of social justice and the shifts in gender roles, so GRRM really did have to freeze it to tell his story.

What is the story? I’d say ASoIF and GoT reflect a larger “message” of universal and constant unfairness. The unfairness is so extreme as to feel unnatural and stylized. As artist Marcela Bolivar stated in Apex Magazine‘s Issue 119, “Art is an instinctive nonconformity towards our own reality” in order to comment on that reality. GRRM’s world is a stylized reality. Based on its steady convolutions, I don’t think ASoIF was ever meant to end. A “game of thrones” can never end.

GoT, however, must end. It must end in a way that pleases viewers. And apparently, viewers like redemption.

So, with all that said, back to my point: why make a feminist issue of GoT when this world is so blatantly unfair in just about every conceivable way?

Maltby seems most upset about GoT’s treatment of Melisandre, contrasting the Red Witch’s lonely death to Theon’s gallant one. Both had played the part of ‘enemy’, and yet, when they died, both had sacrificed their lives for a greater good. But aside from that, I don’t see their stories as parallel.

How are they alike? Both characters evolved during the course of their lives. We get to see most of Theon’s journey, and we’re able hear a little bit about Melisandre’s early years. It’s obvious that Melisandre felt shame and moral exhaustion after the fruitless sacrifice of Princess Shireen; Theon felt shame for having betrayed those he loved, each time; but true, Melisandre dies alone and unloved while Theon does not. Is this meaningful? At the end, Theon, a very young man, receives forgiveness from Bran, one of the characters he’d betrayed while Melisandre receives forgiveness from no one — certainly from no one she’s loved, for from what I see, she’s lived only for the Lord of Light, whose worship lifted her from squalor. When she had sex with men, in her mind, she almost certainly felt she was giving her body to her god, not them. Probably an intimidating experience for the men. 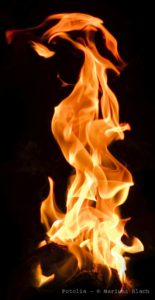 Melisandre is not the privileged woman in her prime she appears to be, rather an old woman of low birth who’d lifted herself up through cunning, nerve, and an unwavering devotion to her god. The difference in empathy we feel towards her and Theon may say more about how we view the transgressions of youth as compared to those of adults who we feel should know better. In fact, Bran, who forgave Theon, is only a few years younger than Theon. Sir Davos, who spares Melisandre in the end (believing she will die regardless), is not a boy, but a middle-aged man who has experienced significant loss in life, some of it due to Melisandre. In fact, one could argue that Sir Davos’s love and protectiveness of little Princess Shireen, whom Melisandre burned alive to please the Lord of Light, was very closely tied to his own personal narrative of redemption. In his youth, Sir Davos was a smuggler, to which he alludes many times, sort of wavering between penitence and pride. Given the importance of redemption to him, it does strike me as significant that his moral indignation at Melisandre’s deeds is so unyielding — but arguably, her mistakes were far more costly to him than his own. Even so, Sir Davos’s reluctance to forgive her probably says more about Sir Davos than Melisandre. And to get technical about it, Sir Davos spared her life in the interest of saving everyone else at Winterfell. In the same vein, Bran’s words, the Three-Eyed-Raven’s words, may have been more an act of manipulation than an expression of forgiveness. At this stage of the story, Bran perceives events from a severely detached perspective. Doesn’t it make sense that he was telling poor Theon something Theon needed to hear to make him keep fighting? As is always done to embolden fighting men?

We don’t know. The story is complex and nuanced.

But for me, as a woman, to watch an old woman walk out onto the snowy battlefield to die unsexed, half-naked, and alone stung. An outcast in a foreign land, Melisandre was a willing servant to a god whose intent she could never know, a god we don’t understand. But I marveled at Melisandre’s strength, even feared it a little. Zealotry is frightening. So, from where I sit, Melisandre’s end makes sense, though it stings. Unlike Theon, she never deviated from who she was, even as she faced profound disillusionment. But I’ll say it again: we never saw her act out of love for another person, and Sir Davos certainly never saw this in her. Theon was arrogant and morally short-sighted, at best, but we could see he felt love for those he fought for. This may be the heart of it.

Interestingly, as an additional note, both Theon and Jaime sought redemption while Melisandre did not. As for why Melisandre did not, given her backstory, that’s where a discussion might get pretty involved and speculative. But these younger men seemed to need it, while Melisandre, an old woman, purpose fulfilled, goes unflinchingly to her death. What does that say about the men?

I hope I’ve made my point. For sure, nobody from our era would want to live in this brutal world. But I am a woman and an author, and I have no problem with the stylized, fictional reality GRRM has created. Instances of unlikely female perspective occur here and there in the book, but if he can depict a woman like Cersei, and the other women who strive to balance their personal desires, ambition, and duty — which is to say, within the strict culture they’re protecting and a part of, though it oppresses them — with that kind of human complexity — and GRRM did — he has my attention. If anything, I have a problem with whoever has tampered with GoT’s final two seasons. I understand why: the audience isn’t going to go for GRRM’s cyclic experiment in bleakness. But I’d argue that the real flaw isn’t some difficult-to-assess unbalanced portrayal of redemption, but that GoT’s new optimism flies in the face of GRRM’s original work.

I’ll watch it anyway. I don’t even know why I bothered to mention that.