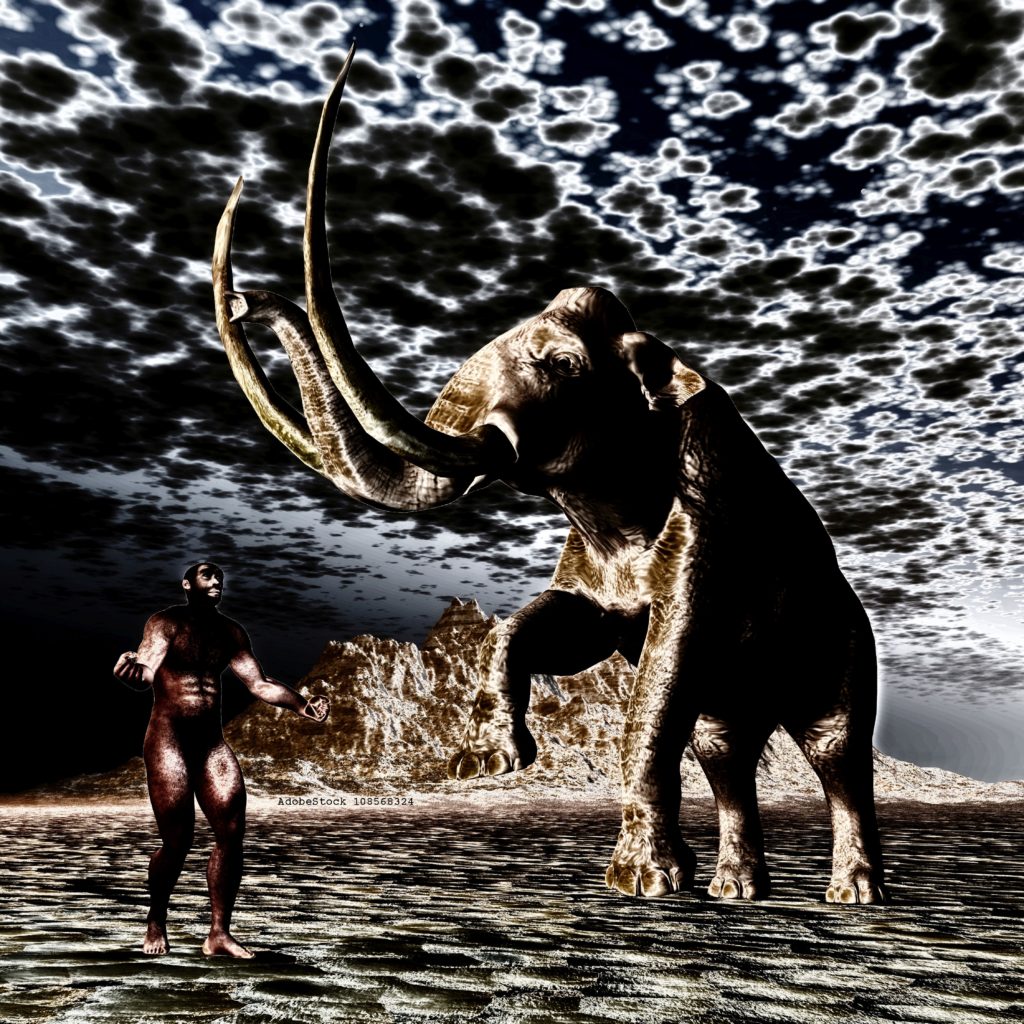 On the shimmering sand near old Metallic House,
he caught grains between sensitive inner fingers.
It had been a long haul of the form.
His body’s fur curled about in strands.
He was only as big as his body, a mantle long
and shaggy whirled about his frame.
He lay low on the shimmering,
metallic,
in-the-sun
sand.

It ground into the skin of his loins.
Whipped around his body and through air,
it seemed to make a sound like the whisper of wind–
On his belly,
unbare.

Bits flew by, causing the rove on his pupil that took in
all the light thrust forward, bulging from drops
that made oceans.
Nose held the grains, held the glistening moist bits, too.
Nose close to the foam. Leader of the short neck, a small
sloping up the mountain of answers already made. If only to
make a new answer
unlike next day’s grit sticking to the hair,
held suspended, only later to let go
because no more hair
to hold it.
If only to answer to desire… but
body was so low.

Molecules gyrated once in an old metallic house where he wore his
first form,
a spec of coagulation.
Never again to swarm those seas and be born
as unknown things in dark, thick places that swirl,
the fury of kinetic waters. Thin edge night and disclosure at
dawn.

Belly made raw, and mouth slacked though inhaling was brief.
Clumps of fur and the sloping brow was matted all
over. Didn’t go far, didn’t hear the din of synthesis on
the salt breezes, shifting.

Back by the sea, and head won’t turn, no need to turn, in
the back seat waiting. A cigar between lips pursed to savor
unctuous vapor. Mama’s on his arm, and he sees
visions.

I wrote this in 1993. I would have been 22 or 23. I’ve made a few edits for polish but tried to keep it mostly intact. These lines have stuck with me over the years — no “write it, and be done” — its lines come back, like a meditative tug in the strangest moments. I guess it’s my inner self trying to tell me something, maybe to tell me that the original old emotional conjuration is still circling around in here, still at work. Though I’m older now and time presses on.