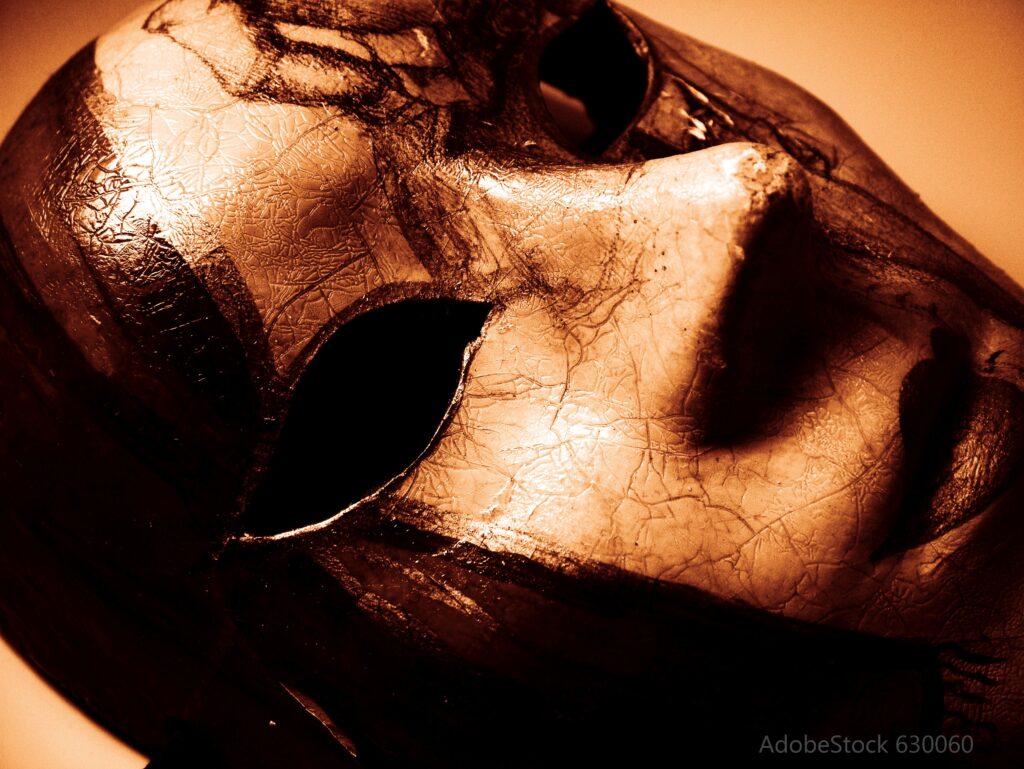 I’ve been preparing my query letter, synopsis, and first 19 pages for the Atlanta Writers Conference this November. No pitches, I’m only doing critiques. I’d like to polish the manuscript further, and the times are wearing on me.

However, though not planning to pitch, I figured it would be wise to have a decent full version of I’m Your Goat prepared ahead of the event, and that is what I’ve been up to for months, which has for the last few weeks required all my attention — and made me late posting. Sorry!

I finished Friday and turned Draft #3 into my first beta reader, my husband. Volunteer betas are penciled in for January, and there’ll probably another round in April. But this was the “proof of concept” read, which I’d been slavishly trying to make as professional a draft as possible. To my surprise, he devoured it in two days. He said it was a wild, intense ride. A surreal cyber-punky ride. That’s good! A relief. 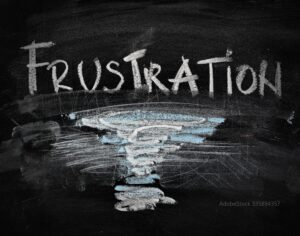 But I kid you not, the “find an agent” process has been the worst murder on my nerves. In my query letter, I have to include comparables, which are supposed to be other works like mine presented as a mashup to give agents a sense of where to put mine on a bookstore shelf. I wanted to say Neuromancer meets Altered States, but my pre-conference editor poo-pooed that idea real quick. The rational side of me says somewhere in or near cyberpunk is right, which in its purest form is arguably Neuromancer by Gibson. But mine has surreal supernatural elements, conceptually like Altered States or something by Tim Powers, and maybe also near VanderMeer’s Annihilation. Let me dust off my hands and say, “I’m done!”

No! Not so fast. Can’t use Neuromancer or Altered States or Annihilation. They’re too old. Agents, the editor said, want something within the last 10 years, but better yet, the last 5 years. They want me to let them know that this type of fiction is currently selling. But why? Don’t agents know whether it’s selling? It’s an important relationship where each brings something to the table. I want my agent to lead me through the commercial aspects. I want to provide my agent with something he or she can work with. Some art.

Can’t fight the machine, though, so I must take a good, honest stab at it.

But did you know that it takes years for a debut novelist’s book to go from completion to bookshelf? What exactly is the point of “current”? Authors must never write to the market, by the way. Read lots, pull from the past in every way we find useful, but live in the now, think in the now, and wallow in what we love. Do that, and we can’t help but reflect the times as it relates to the past — timely, not redundant or reductive. If our message resonates, it resonates. 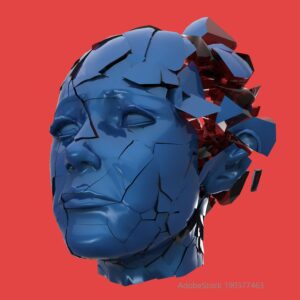 To stay mentally stimulated, I tell stories that excite me and hold my attention, which amounts to a mixture of tropes and a mixture of genres, and sometimes a bit of stylistic “unusual” thrown in — I do it as palatably as I know how, which means listening to feedback. Very important to listen. That’s my shtick. That’s my art. I make art. You get to judge whether it pleases you. (And I’m really working hard to give you that chance, as stated.)

As for the state of my art… When I was in my mid-late twenties (in the mid-late 90s), some friends of mine formed an all-girl punk band called “Suck.” They sucked. They knew they sucked, which if you did not know, is pretty much de rigueur for punk. Through practice, they got better – better at playing their instruments, better at singing, better at keeping their clothes on in public (jk), better at it all. So, in time, they didn’t suck. And for them, that kind of sucked.

I digress. I always digress. Back then, another friend (a proto-lawyer) told me – which I believe I’ve mentioned – I was the most non-linear thinker he knew. Maybe so. Yes and No. I may have some talent for logic as evidenced by my more sensible prior career choices. But I personally also need to be a poet, and poets are quite capable of throwing logic right out the window.

So, while struggling with this comparables problem, I thought about these things and about authors I admire – oh, if only I could instead list what has influenced me, I’d be so much happier. But I can’t. So, I’ve been wondering how some of my favorite authors might have struggled with this problem.

Ted Chiang is a short story writer, not a perfect example. Even so, it would be hard to capture the essence of some of his short fiction in an easily marketable way. When my husband and I went to see Arrival, which is Villeneuve’s film adaptation of Chiang’s short story “Story of Your Life,” we were so impressed and relieved to experience a thoughtful science fiction piece like that on the big screen after all the wham-bam we’d wasted money on. During the credits, I was surprised at the short story’s title. I hadn’t read Chiang yet. I turned to my husband and said, “That’s about the worst title I can imagine for this story.” But I was fascinated by this and wondered if the short story was any good, as in, was this one of those rare instances where the movie is better? Turns out, yes and no. Arrival is exactly the right title for the movie, and “Story of Your Life” is exactly the right title for the short story. The movie embellishes the large-world angle, the big stakes for broad appeal, while the original short story focusses on the science concepts and personal struggles of the main character Louise Banks. Two beautiful perspectives.

David Mitchell’s sprawling novels, if you boil them down, are simple, straightforward ghost tales or dystopian or medical thrillers or cyberpunk, often woven together into strange character studies. He’s also known for carrying his characters across novels, a technique called intertextuality. Boy meets girl, boy loses girl, boy gets girl again and saves the planet: that’s The Number9 Dream. But it also most definitely isn’t – not to mention how he throws in the Yakuza and WWII submarine kamikaze fighters and hackers, and weaves in a totally surrealist fantasy tale within the overall tale that I couldn’t possibly go into.

Mitchell’s work is a wild ride, portrayed in a manner distinctly his own. It can be frustrating and slow, but he’s one of my absolute favorite contemporary authors. It’d be really hard to capture in a nutshell the essence of what his stories are about. 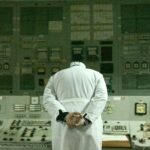 Back to my problem: I wonder how Chiang and Mitchell pitched their works and themselves, considering the variety they do. How do I sell myself, and more importantly this particular novel, in a query letter or one-page synopsis? Put in the bells and whistles (cool stuff) – some say yes, some say no – focus on plot (how everything fits and evolves), or characters and their conflicts (who they are, what they want, and do they get it)? All I’m allowed is a one-page query letter and – if an agent asks for it – a one-page synopsis. Sometimes, the first 5-15 pages. I’m supposed to think like agents do, and do what they do, and sell them on what I’m trying to get them to sell. Tough! How to impress the expert seller. It’s like asking the back-room engineer to give a sales pitch – sure, okay, he can, but you might not like it. Some reputable agents acknowledge that even good authors are bad at this. Others do not. Our future success as authors depends on our ability to excel at our craft, but also to do this other thing that we’re well known to be not very good at. Stressful, isn’t it?

What’s the heart of The Number9 Dream? What’s the heart of Neuromancer, which if you ask me, borders on prose poetry? This intellectual exercise is much easier to do when it’s not your own work. What’s my story about, agents ask, not unreasonably. Not the subtle parts I’ve been obsessing over, but an extended logline. Not the analysis, but the pitch. Better than “girl meets boy.”

Interestingly, The Windup Girl (2009), the debut novel by Paolo Bacigalupi, is said to have been written in the cyberpunk style but without the computers. Okay, but it hits the marks: a blend of high technology and a dystopian social order degraded by corporate greed run amok. Maybe any recent cyberpunkish reference will do for my comparable, if I’m Your Goat has those elements near the heart of its story. Well, if that’s true, then, bam! I’ve got it! Windup Girl – tag, you’re it, baby!

I know I’m belly-aching, here. These are all award-winning authors, and I’m little ol’ me. Of course, I’ll do what the industry says do. I’ll do it the right way, toe the line, and be a good girl who after considerable effort may not in fact “suck.”

But, damn, I still want Altered States as a comparable! (See what I’m dealing with here?) Generally speaking, that movie has had a profound effect on me as a child and thus my outlook as an adult, and as we all know, the child is mother of the woman (William Wordsworth, “My Heart Leaps Up”), etc. My instincts say that Neuromancer meets Altered States works, even if they’re old. They’re highly conceptual. Plus, don’t they mean something to you? Wouldn’t a bookstore clerk (which I’ve also been, many hats) know where to shelve that?

Oh, all right, what about “Altered Carbon, the movie, meets Altered States, the movie” – that’s fun, right? Then throw in a little of Hesse’s The Glass Bead Game, to temper. Something old, something new. Whatever. You see my stubbornness and my pain.

But please don’t worry. It’ll all work out in the end. Nothing worth doing is ever easy. 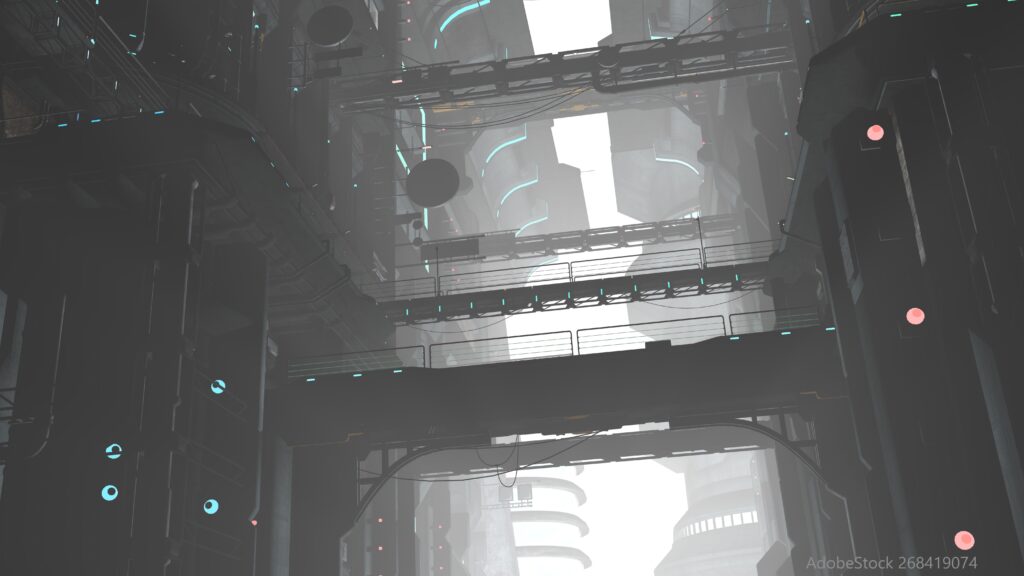 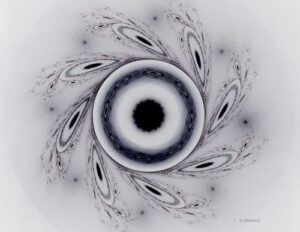